Still Single? There is Nothing "Wrong" with You

Download
Guest Info & Links: Jo Hemmings
From the Show: Staying Well
Summary: Do you constantly feel like you have to justify to friends and family why you're still single? Guess what? You don't have to.
Duration: 10
Host: Melanie Cole, MS

Jo Hemmings is a Behavioural Psychologist, specializing in the Media as well as a Dating and Relationship Coach and TV and radio personality.

With degrees from the Universities of Warwick and London, Jo is the UK's best known and respected Celebrity Psychologist and was the UK's first Dating Coach.

Jo is a regular Psychologist on ITV's Daybreak and the Sex Therapist on ITV's This Morning and was the Behavioural Psychologist on C4's Big Brother's Little Brother. She also helps behind the scenes, in the contestant selection process, by giving psychological advice and assessment to reality TV producers and contestants both during the selection procedure and the series.

Recent work includes being the psychologist for Katie Price's reality TV series Signed by Katie, Amy Winehouse: The Untold Story and Whitney's Addictions: Death of a Diva. She was also integral in the segment "50 Shocking Facts about Diet and Fitness" for Channel 5 and as the Dating Coach on Sky 1's series The Love Machine and C4's Jewish Mother of the Year. 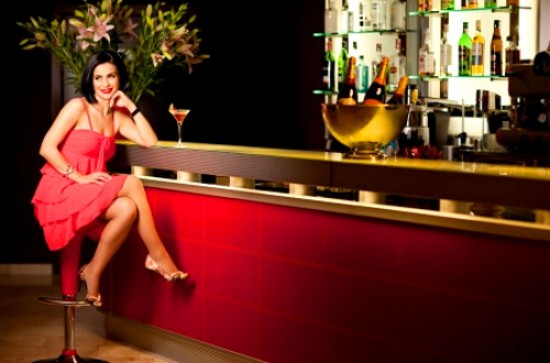 Having numerous relationships that end up going south and dates that don't light a spark can be extremely disappointing. Friends and family often ask you with an incredulous undertone, "Why are you still single?"

Well, isn't that a loaded question?

Your answer might be something like, "I've had to ditch a few Mr. Wrongs," or "I haven't found Mr. Right and I didn't want to get married, just to get married."

Unfortunately, those answer don't always suffice... especially to a prying mother who wants nothing more than a grandbaby.

That, however, doesn't change the fact that you are tired of the assumption that if you're 30 or older and still single, then there must be something wrong with you. Isn't it possible that you haven't found the right match, and in the meantime you are content with just being by yourself?

According to the United States Census Bureau there are over 100 million unmarried people in America 18 and older in 2012, which makes up 44 percent of all U.S. residents that are 18 and older. Out of all these singles, 62 percent (18 and older) have never walked down the aisle either.

Behavioral Psychologist, and dating and relationship coach, Jo Hemmings, explains the benefits of staying single and why there is nothing wrong with you if you are.
Tagged under
More from this show . . .
Prev
Next
Panic Disorder: Get Your Life BackWorkaholics: Signs You Are Burnt Out