Foods to Help Fight the Flu

Dave's entrée into the world of nutrition started over 25 years ago when he began working in the natural foods business. After owning and operating his own natural food store, Dave decided to become a registered dietitian and attended the University of Illinois at Chicago.

He graduated with honors with a degree in medical dietetics and nutrition and is now completing his Masters in Nutrition and Wellness with a concentration in entrepreneurship at Benedictine University in Lisle, Illinois.

Dave hosted a live radio show on health and nutrition for over 10 years and also hosted a local health-focused television show as well. He proudly served as a media spokesperson for the Academy of Nutrition and Dietetics (formerly the ADA) for over six years and currently makes frequent appearances in national print and broadcast media.

Currently, Dave is the president and founder of Nutrition Housecall, LLC, a nutrition communications firm based in Chicago. He is also in private practice providing unique and lifestyle counseling for families. He recently joined the Chicagonista's,, a ultra-hip group of Chicago bloggers, as their first ChicaGUYnista who reports on health and nutrition trends.

Dave wrote the acclaimed book, 101 Foods That Could Save Your Life, which is now out in eighteen different languages. His second book, 101 Optimal Life Foods, with a foreword written by Montel Williams, debuted in January of 2010 and his latest book, Best Things You Can Eat, launched in January 2013.

He is also a freelance writer and serves as an adviser to Fitness magazine plus blogs for the Real Life Nutrition community featured on WebMD. Dave lives in Elmhurst Illinois with his wife Sharon; three daughters Chloe, Katie and Madison; two-female dogs Abbey and Gracie; and two female cats Bella and Lilly. 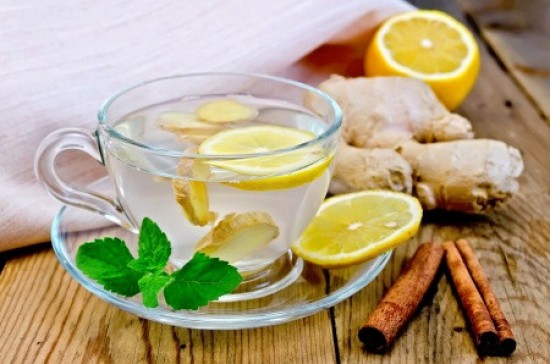 You've done all you can to prepare for flu season; you got the shot, have taken your vitamins religiously and carry a travel-sized hand sanitizer everywhere you go.

However, even with all the precautions, the flu virus can manipulate its way into your body, knocking you down on your butt.

Over 200 strains of the flu virus are easily obtainable right outside your door, causing millions of people to fall ill during the colder seasons and turn to over the counter medications to help. You may feel like there's not much more you can do other than rest and let your medicine kick in... or is there?

Could there be such a thing as a flu diet?

The cure is located in your pantry. And, if you truly are what you eat, eating healthier foods with super antioxidants, vitamins and minerals can help boost your immunity and thus fight off the flu.

For example, one of the most common spices used to fight a scratchy throat is ginger. Containing sesquiterpenes, a chemical that specifically targets the rhinovirus (predominant cause of the common cold), ginger also is a natural pain and fever reducer.

Registered dietician and President and founder of Nutrition Housecall, LCC, David Grotto, RD, LDN, shares the foods that help fight the flu.
Tagged under
More from this show . . .
Prev
Next
Are You at Risk for Shingles? Brittle Winter Hair: The Healthy Hair Diet