Download
Guest Info & Links: Kali Lindsey
From the Show: Staying Well
Summary: As of March 2014, 25 state governments have not expanded Medicaid through the Affordable Care Act (ACA). How does this effect the HIV/AIDS population?
Duration: 10
Host: Melanie Cole, MS

Kali joined amfAR as deputy director of public policy in January 2014 and is based in amfAR's Washington, D.C. office.

Lindsey has spent more than 10 years working in HIV/AIDS program development an advocacy at both the local and national level.

He most recently co-chaired an external review of youth sexual health programs at the National Center on HIV/AIDS, Hepatitis, Sexually Transmitted Diseases, Tuberculosis Prevention at the Centers for Disease Control with the late Dr. Doug Kirby while serving as the director of legislative and public affairs for the National Minority AIDS Council.

Before joining the senior management team at NMAC, Lindsey led federal policy efforts for the Harlem United Community Health Center in New York City, a federally-qualified health center for the homeless and before that federal policy for the former National Association of People Living with AIDS.

Lindsey is an appointed member of the CDC/HRSA Advisory Committee on HIV/AIDS, Hepatitis, and Sexually Transmitted Diseases and recognized advisor on HIV-related federal policy.

Lindsey received a bachelor of science degree from Eastern Michigan University and devoted his career to advancing access to care, effective treatment, and improved quality of life for all people living with HIV shortly after learning about his own diagnosis in 2003. 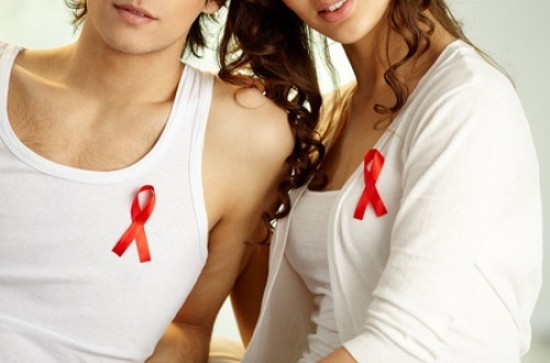 As of March 2014, 25 state governments are not expanding Medicaid through the Affordable Care Act (ACA) even though the federal government would cover the vast majority of costs.

The majority of the states that are not expanding Medicaid are in the south. In these states, an estimated 8.5 million uninsured Americans, who would have qualified for full Medicaid coverage, will most likely remain uninsured.

Medicaid expansion is critical to help fight HIV/AIDS because of the extreme poverty levels of many of those affected. Oftentimes, these individuals have no other health care options.

How will this affect the southern U.S. population going forward?

Unfortunately, if you're uninsured, the only way to find out if you have HIV is when the symptoms are problematic. Sometimes, that is too late.

Medicaid would provide screenings and tests, regular checkups and a way to educate the public about the drastic consequences of HIV/AIDS.

What are organizations like AMFAR doing to try and influence change with Medicaid expansion?

AMFAR's deputy director of public policy, Kali Lindsey, joins Melanie Cole to discuss Medicaid expansion as a tool to fight against HIV/AIDS and other health disparities.
Tagged under
More from this show . . .
Prev
Next
Why Your Child Can't SleepYour First Colonoscopy: What You Need to Know