News of the Week: Suicide & Depression

Guest Bio: Louise Andrew, MD
Dr. Louise B. Andrew trained at Duke and Johns Hopkins, and is former faculty in Internal Medicine and Emergency Medicine at the Johns Hopkins University School of Medicine.

She is an acknowledged leader in organized emergency medicine. A charter Fellow in the American College of Emergency Physicians, she has chaired the Personal and Professional Well Being Committee and the Public Relations Committee, the Professional Liability Task Force Expert Witness subcommittee, and is past Speaker of the representative Council (House of Delegates) of ACEP.

She co-founded the American Association of Women Emergency Physicians and the Society for the International Advancement of Emergency Medical Care, as well as the Coalition and Center for Ethical Medical Testimony.

She has a very longstanding interest and involvement in medical professional well-being. For many years she served as Associate Director of the Center for Professional Well-Being in North Carolina.

In addition, she earned a J.D. from the Health Law Program at the University of Maryland, is admitted to the bar, and is a trained mediator.

She is co-editor and author of Wellness for Emergency Physicians, and Medical Malpractice: How to Prevent and Survive a Suit, and may be the only MD-JD in the United States who is an expert on the phenomenon of medical Malpractice Litigation Stress management.

She also serves as a consultant for a number of hospitals, attorneys and individual physicians.

She has received numerous awards, including the Louise B. Andrew Well-Being in Emergency Medicine Award from the American Association of Women Emergency Physicians, the Council Meritorious Service Award as well as the James D. Mills Award for Outstanding Service to the Profession from the American College of Emergency Physicians, and the first Distinguished Alumni award from the Johns Hopkins School of Medicine Emergency Medicine Residency program.

She was also one of the very first emergency physicians to earn the prestigious title of Fellow in the International Federation of Emergency Medicine. 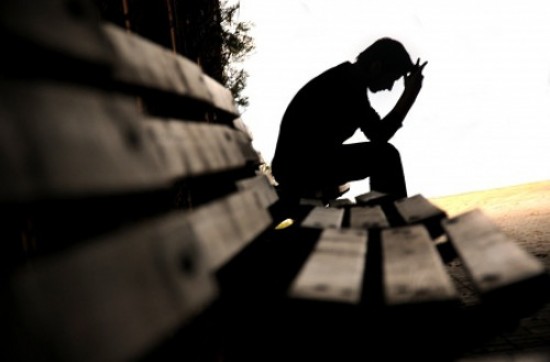 Depression is a serious medical disorder that affects your physical, mental and emotional health. Unfortunately, depression diagnoses have drastically increased in the past 10 years.

In fact, according to the National Institute of Mental Health, depression is one of the most common mental disorders in the United States and affects roughly 350 million people globally.

Depression is categorized by having persistent feelings of sadness, loss of interest in hobbies or activities that used to bring joy, change in sleep and eating habits, hopelessness and the risk of suicide.

Much of the world was shocked to learn the tragic suicide of comedian, Robin Williams. His death is just one example of the fact that depression and suicide do not discriminate against age, race or socioeconomic class.

His death also highlights the national problem of suicide and depression faced by millions of people. According to the Suicide Awareness Voices of Education, more than 30,000 Americans commit suicide every year.

In the emergency room or the doctor's office, many times patients who are suffering from depression have a hard time opening up about it. This can be a challenge for doctors, and many times symptoms and signs of depression go unnoticed.

Unfortunately, doctors might also see patients who are battling depression self-medicate with drugs or alcohol. This can be very dangerous and can enhance suicide risk.

If you know someone with depression, what are some signs the symptoms may be worsening and, as a result, a possible risk of suicide?

Depression causes symptoms of consistent sadness, helplessness, loss of motivation, loss of interest, change in sleep patterns and change in eating habits.Signs of suicide risk include changes in mood and/or behavior and discussing or joking about suicide.

Dr. Louise B. Andrew discusses what depression is, the signs and symptoms of suicide and the warning signs to keep an eye on if you think you know someone who could be contemplating taking his or her own life.
Tagged under
More from this show . . .
Prev
Next
Hidden Dangers of Powder CaffeineThe Headache You Can’t & Shouldn't Ignore