How Marijuana Can Impact Your Quality of Sleep

Dr. Michael Grandner is an Instructor in the Department of Psychiatry and a member of the Center for Sleep and Circadian Neurobiology at the Perelman School of Medicine at the University of Pennsylvania.

He completed his graduate training in Clinical Psychology at San Diego State University and the University of California, San Diego, including an APA internship with the Behavioral Medicine service at the San Diego VA Healthcare System and Outpatient Psychiatric Services at UCSD.

Subsequently, he completed an AASM-accredited fellowship in Behavioral Sleep Medicine at Penn in the context of an NHLBI-sponsored postdoctoral fellowship through the Division of Sleep Medicine 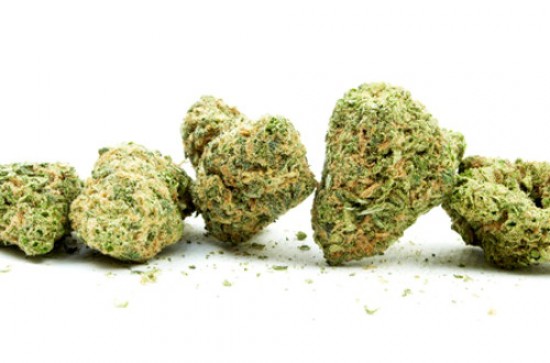 According to the National Institute on Drug Abuse, marijuana is the most common illicit drug used in the United States.

In fact, usage among adolescents has been on the rise since 2007. Many states have legalized marijuana usage; but, do you really know what it's doing to your health?

A study conducted by researchers at the Perelman School of Medicine at the University of Pennsylvania suggests marijuana usage could be associated with impaired sleep quality, especially if you've been using the drug since your teenage years.

Prior studies have shown that many use marijuana as a sleep and stress aid to help relax. However, recent research suggests that marijuana can actually disrupt your sleep pattern and cause greater sleep problems.

The researchers used adults ranging from 20-59 years old that responded to a 2007-2008 National Health and Nutrition Examination Survey (NHANES). In this survey, a history of marijuana usage was assessed (participants' history of the drug, age of their first time using the drug, number of times used in the past month, etc.).

Researchers found that those who had a history of marijuana use also experienced an increased difficulty of falling asleep, struggled to stay asleep, experienced non-restorative sleep, and felt tired throughout the day.

What else do you need to know about marijuana and your quality of sleep?

Instructor in the Department of Psychiatry, Michael Grandner, PhD, further discusses this study, other side effects of marijuana that could be implementing your health and how marijuana could be getting in your way of a good night's sleep.
Transcription:

Tagged under
More from this show . . .
Prev
Next
9 Health Benefits of Pet OwnershipEbola Scare in the US: The Beginning of the End?