Ebola Scare in the US: The Beginning of the End?

Dr. Irwin Redlener is president and co-founder of the Children's Health Fund, a nonprofit organization dedicated to providing health care to disadvantaged children and families in the United States.

Under his leadership, Children's Health Fund has grown to become a national network of more than 50 mobile and fixed site pediatric clinics providing more than 250,000 health care encounters each year in 25 of the nation's most medically under-served urban and rural communities.

Dr. Redlener has published, spoken and testified extensively on a broad range of topics, including the special vulnerability of children, health care for medically under-served populations, and the impact and consequences of major disasters.

He is the author of Americans At Risk: Why We Are Not Prepared For Megadisasters and What We Can Do Now (Knopf, 2006). 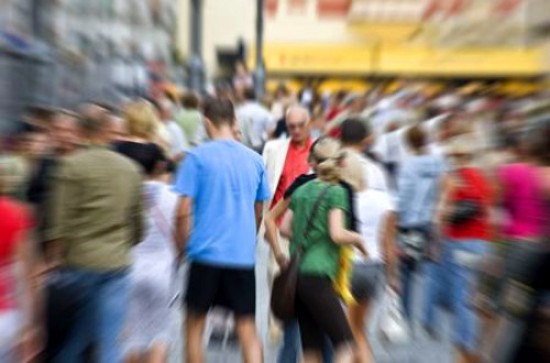 When the news first broke about a deadly virus in Western Africa in March, you might have paid little attention.

Over the last few months, the virus has taken thousands of lives. But you still may not have felt threatened.

Currently, five Ebola victims are in the United States for treatment. This may have caused you to question if you're truly safe.

Who are these fateful five?

The first to arrive were medical missionaries Nancy Writebol and Dr. Kent Brantly. Both had been serving in Africa and were transported back to the U.S. to seek medical treatment for Ebola. They received an experimental drug, ZMapp, and have been Ebola-free ever since.

Another doctor and missionary, Dr. Rick Sacra, was flown in from Africa and taken to a Nebraska hospital. He was treated for Ebola over a three-week period.

Thomas Eric Duncan, a Liberian man, began showing symptoms of Ebola after visiting his family for a couple of weeks in the U.S. He is fighting for his life in a Dallas hospital, while his family anxiously awaits the potential risk of more outbreaks between them.

The most recent patient, Ashoka Mukpo, an NBC journalist, arrived this morning (October 6, 2014) from Liberia. He is also currently at a Nebraska hospital to seek medical treatment.

Now that Ebola is in the U.S, you might be wondering... is this the beginning of the end?

Ebola, which was previously known as Ebola hemorrhagic fever, is a serious and often fatal disease that causes fever, sore throat, muscle weakness and soreness, and internal bleeding. Symptoms usually occur between seven to 21 days after exposure.

How can you differentiate flu symptoms from Ebola symptoms?

There are two triggers that can help determine if you have Ebola or just the common flu. One is having direct exposure, which for the moment primarily exists in western parts of African countries. The second? Even if you haven't been in those areas, you quite possibly may have had contact with someone who has and is carrying Ebola.

Which raises concern with Duncan, the patient who was visiting from Liberia. He had contact with his family members and others; up to a total of 50 people. Health officials are closely monitoring these individuals.

How is Ebola spread?

Even though you might have been hearing that Ebola could be airborne, it can only be spread through bodily fluids. This includes (but is not limited to) spit/saliva, urine, vomit, semen, and/or feces. This also means you would have to touch the blood or body fluids of a person who is sick or has died from Ebola and have contact with your mouth, eyes, or nose in order for you to become infected.

It's important to know that Ebola can live on surfaces, but the life span is limited to a few hours. But, the blood from someone who has Ebola that has dried on blankets or towels, or the virus that is located in the body of someone infected, can live from two to seven days.

Once these patients are treated, does that mean they are immune to Ebola for life?

Unfortunately, there are several strains of Ebola, and even though several patients have been treated, it doesn't mean they aren't "exempt" from contracting the other strains.

Is the U.S. really prepared if an Ebola outbreak was to occur?

Director of the National Center for Disaster Preparedness, Dr. Irwin Redlener, joins host Melanie Cole to discuss how Ebola is spread, how you can differentiate Ebola symptoms from the flu, and if the U.S. is really prepared if an Ebola outbreak comes to fruition.
Transcription:

Tagged under
More from this show . . .
Prev
Next
How Marijuana Can Impact Your Quality of Sleep Death With Dignity: Why Terminally Ill Patients Seek Aid in Dying