Dr. Judy Neall Epstein is the national Medical Director for Compassion & Choices, the nation's oldest nonprofit dedicated to expanding choice and improving care at the end of life.

Dr. Epstein has been practicing as a naturopathic family physician for 14 years and has a background and degree in Public Health. She lives in Portland, Oregon. 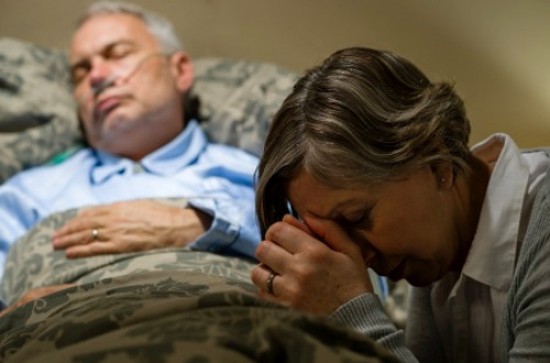 If you've been told you have a terminal illness and your time is limited, your whole life can flash in front of you. It can also turn your world completely upside down. The journey ahead may be painful, uncertain, terrifying and extremely emotional. Trying to live a "normal" life may not be possible anymore.

If you knew you were going to die a painful and slow death in the months to come, would you consider medical aid in dying?

29-year-old Brittney Maynard learned she has a rare brain cancer that left her with six months to live. Just newly married and trying for a family, Maynard's life as she knew it was over. There is no cure that is going to save her life. The radiation she would need would deteriorate her quality of life, and instead of being able to enjoy her last living months, her days would be spent bedridden and unpalatable.

She has stated several times that she does not want to die, but she is dying and she wants to go on her terms... peacefully with her family at her side. She has decided to seek medical aid in dying, and plans to die November 1, 2014.

What exactly is aid in dying?

Medical aid in dying offers mentally competent terminally ill adults with less than six months to live the choice to request the option for lethal medication that would end their life.

What states allow aid in dying?

Currently, there are five states that allow aid in dying. These states include Oregon, Washington, Montana, Vermont, and New Mexico. There are several other states that are considering bills to authorize and regulate aid in dying.

Why is it important for people like Brittney to be able to seek medical aid in dying?

It's hard to hear news of someone you love's life is limited to just months. You may want them to be around for as long as they can so you can still enjoy their presence.

But, battling the last months of life while suffering can be horribly unbearable.

Wouldn't you want an option available to die peacefully, rather than painfully and slowly over time? Even though medical aid in dying isn't for everyone, it can be an important choice to be able to exercise that option for those who are in such a situation.

Why is aid in dying such a controversial topic to discuss?

National Medical Director for Compassion and Choices, Judy Neall Epstein, ND, joins Melanie Cole, MS, to discuss what aid in dying is, why someone like Brittney would choose medical aid in dying, and why this is such a controversial topic.
Tagged under
More from this show . . .
Prev
Next
Ebola Scare in the US: The Beginning of the End?Periodontal Disease: Do You Need Gum Graft Surgery?