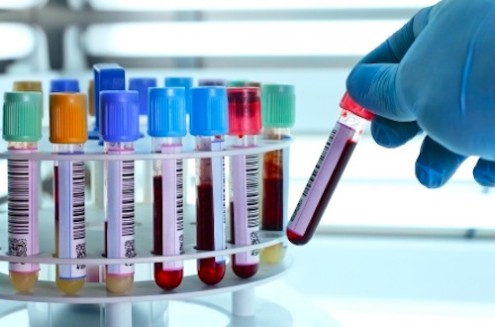 Millions of people suffer from the effects of irritable bowel syndrome (IBS) — chronic bloating, abdominal pain, gas, diarrhea or constipation — although the malady itself, let alone the cause, has been notoriously difficult to diagnose.

Now, however, a physician at Cedars-Sinai Medical Center in Los Angeles has developed two blood tests that can accurately detect the problem and have the results back to the patient's doctor within 24 hours.

The new tests, called IBSchek, will also detect whether a person developed IBS symptoms from a foodborne pathogen.

What are the details for these new findings? What does this mean for someone who might be currently suffering from IBS?

Stephen Wangen, ND, discusses what IBS is and how a new blood test can determine whether or not you're suffering.
Transcription:

This is Health Radio, with Melanie Cole.

MELANIE: Millions of people suffer from the effects of irritable bowel syndrome known as IBS. Bloating, abdominal pain, gas, diarrhea, constipation; it can all be so confusing, so uncomfortable. And although the malady itself, let alone the cause, it has been notoriously difficult to diagnose IBS.

My guest today is Dr. Stephen Wangen, he is the founder and medical director of the IBS Treatment Center in Los Angeles.

Welcome to the show. So, Dr. Wangen, first tell the listeners what is IBS and why is it so difficult to diagnose?

DR. WANGEN: As you were saying, IBS is really a broad spectrum of issues. The label doesn’t really define anything too clearly because anybody who’s got diarrhea, who’s got constipation, who’s got gas, who’s got bloating, or just simply has abdominal pain and doesn’t have anything else. So, you don’t have appendicitis and you don’t have gallstones and you don’t have Crohn’s disease. If you’ve got one of those symptoms in any combination, it doesn’t matter which one you have or if you’ve got all five of them, then essentially you’re left with IBS. That is millions of people in this country.

MELANIE: Do we have any idea what causes it?

DR. WANGEN: I think it depends on who you talk to. Your typical doctor is so busy ruling out all of these other issues and making sure that there is nothing life threatening that essentially when they do that they’re pretty much at the end of their expertise. They are saying, “Well, we haven’t found anything that is going to kill you today or in the next few weeks.” Therefore, as far as they are concerned, you are essentially fine. But unfortunately, as people who suffer from these things, like I have, it’s incredibly debilitating. It affects everything that you do. It affects your ability to work, your ability to have a social life, your ability to travel and all these things that people want to and expect to be able to do is altered by these symptoms that, of course, are very, at minimum, embarrassing, but can be incredibly painful even.

DR. WANGEN: Yes and it’s the story that I hear from patients over and over and they are very frustrated because they have been to so many doctors and they are not getting any answers and that is essentially what happened to me as well. When I had IBS 20 years ago and I had the same problem, I would go to doctors and they would say, “Well, we don’t know what’s wrong.” And I would say, “Well, this is ridiculous. There’s got to be a cause if there’s a problem. We’ve got to be able to figure this out.” What I learned over the years as I became more and more focused on this topic and then eventually founded the IBS Treatment Center, was that it was just a label that didn’t really tell you anything about the cause because there were literally hundreds of causes.

MELANIE: Yes. I’d like to narrow down some of those and talk about this blood test. I had IBS 20 years ago, too, and while I’ve had colonoscopies, they did a barium enema. There’s a pleasant test. Oh, my God. It was so painful. So, what about this blood test--because we don’t have a lot of time in these segments – but what is this new blood test that can confirm IBS?

DR. WANGEN: What the blood test might do, at least, is maybe prevent the need for some other tests. Because all of those tests are designed to rule out other things. So, if the blood test shows a positive, it is a much higher indication that you’ve got IBS, at least in the cases of people who have diarrhea with IBS. It is only valuable in those cases. It doesn’t have anything to do or help with any other form of IBS, but it gives you some indication that you probably don’t have any other problem. It really still is like a lot of tools that have been used in medicine. It’s a rule out tool. Ruling out other problems and saying, “Well, we’re left with IBS.” It’s a step in the right direction, but it really still doesn’t provide patients with a great piece of information that says, “Okay, now what do you do? Now, how are you going to solve this problem?” But it might help prevent you going through other testing that would be a waste of time, or like you said, could be incredibly uncomfortable.

MELANIE: Really uncomfortable. So, what else can you do to treat IBS? Let’s just stick with that now because treatment – I had it, mine went away. I’m not sure exactly why because Chrone’s runs in my family, but mine went away. I didn’t eliminate gluten. I stopped eating broccoli for a while, but now I can eat it again. So, what are we looking at? Is it the high gassy foods? Do you steer clear of some things that you know are triggers? Fiber supplements? What do we do?

DR. WANGEN: Well, that is the million dollar question, or the billion dollar question. When I see a patient, I honestly don’t even have a plan yet of exactly what we are going to need to do because there are so many potential problems. But what I am looking at is narrowing those down. So, as an IBS specialist, my goal isn’t to diagnose IBS, it’s to solve it. It’s to say, “This is the starting point. You’ve got these symptoms. We need to be able to solve this, so what do we do next?” That is a detective process where we say, “You could be reacting to literally anything.” You mentioned gluten. You mentioned broccoli. You mentioned all these things. Every patient is different and that’s what makes it so challenging. Especially for people on their own. They start going on diets that they heard about and it might be a thing that they need to do. They’re told, “Maybe you should go on the [inaudible 5:40] diet or maybe you should go on the [inaudible 5:41] diet. Maybe you should do this or you should do that. And they try these things and it might help a small percentage of people, but for most people, it’s actually not going to be the answer because they are going to have a completely different issue. What I have to do is take each patient individually and say “Well, anything is open to the possibility at the beginning.” Anything, it could be dairy, it could be egg, it could be soy, it could be corn, it could be gluten, it could be yeast, it could be almonds, and it could be you name it. It could be foods that everybody on the planet has told you are good for you; it could be bad for you. Plaque; it could be anything. But I have to start there and be really logical and methodical narrowing it down. The same is true with all of these other issues you hear about probiotics and you hear about candida and you hear about parasites. You hear about this whole microbial world of the gut. It is a fascinating world, but we need to understand it better. We need to figure out what a person really needs. Because I have just as many patients that feel worse on probiotics as feel better. And there are reasons for that. We need to take that at face value and say, “Well, if that’s what’s happening, I need to know that so I can do some more detective work to I can figure out why that is.” I wish there was a simple answer where I could say everybody with IBS just go do that. But that is what you are already being told. You’re being told, “Well, just go on this diet” or “Just go take a probiotic” or “Take this enzyme.” It is not going to be something that is going to be cured by a supplement or by just everybody going gluten free. For some people that is going to work great. But that is not going to work for 95% of the people who are going to try it. If there were looking for a nice quick easy pop answer I could give it to you, but in reality what a person needs is somebody who’s full focus and interest is on solving the IBS, essentially an IBS expert, who that’s their job. That’s a big distinction from a gastroenterologist whose job is to perform colonoscopies. It is to look and scope look for other problems but not necessarily to solve IBS.

MELANIE: So, if people are looking to solve IBS, do you typically, I mean probiotics certainly have been touted and trying all these different eliminations of things and stress reduction. Because I’ve heard that stress is such a big contributor to IBS. So, what do you recommend? We only have a minute left, so wrap it up for us. In your best recommendations about the importance that you think this blood test might have in getting the diagnosis just a little bit quicker so we don’t have to go through so many of those uncomfortable tests and what you think the best advice for treatment is.

DR. WANGEN: Stress is often blamed. I think what happens to people is that when the doctor can’t find anything; they get pushed in that direction of “Well, it must be stress. It must be in your head. Because everything seems to be showing up normal.” Ironically, what I find is that for most patients it’s the IBS that is causing the stress, not the other way around.

MELANIE: Interesting. We only have 10 seconds, Doc.

DR. WANGEN: Sure. I want people to do is to have hope that there is an answer. But it’s not necessarily going to be a simple, “Oh, I can pick this up off of the internet.” But keep the faith. Keep hopeful that there is something out there that is really the solution to your problem. Our website IBSTreatmentCenter.Com is full of information and stories about people who have found the answer to their IBS.

Tagged under
More from this show . . .
Prev
Next
How a Baby Changes Your Sex LifeSunscreen Mistakes: Know the Difference Between UVA & UVB Rays