Dr. Ward W. Bond is widely known from his writings, his television and radio appearances, and his lectures, as one of America's most prominent authorities on what has become a "hot" topic: the use of natural, safe nutrients and remedies to combat problems of our health... and to head off potential problems associated with aging. 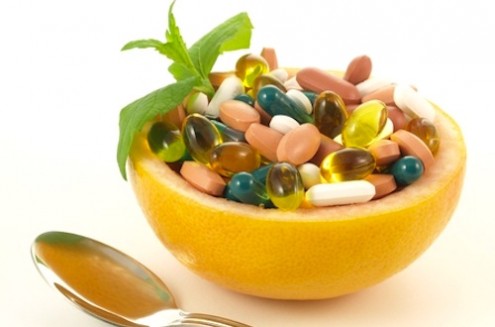 You may already know the amazing healing benefits you can get from vitamins herbs, but did you know that if you are mixing them with specific medications, it can actually work against you?

For example, when you're on blood thinners, there are specific compounds you need to stay away from.

What are the top vitamins and herbs you need to monitor (or stay away from) while on blood thinners?

MELANIE: You may already know the amazing healing benefits that you can get from herbs and certain nutrients. But did you know that if you are mixing them with specific medications that can actually work against you? For example, if you’re on the blood thinner, Coumadin, there are specific herbs that you definitely need to stay away from. What are those herbs that you need to monitor or stay away from? My guest today is Dr. Ward Bond. He is widely known from his writings, his TV and radio appearances, and his lectures. He is one of the more prominent authorities in the country on what’s become the hot topic use of safe, natural alternatives.

Welcome to the show, Dr. Bond. Blood thinners seem to have a lot of things that interact with their affects. Grapefruit not being the very least of them. So, speak about blood thinners and why these things seem to interact and which ones we should really watch out for.

DR. BOND: With blood thinners, of all of the medications that are out there, blood thinners seem to have the longest list of nutrients, herbs, even food that interact with them. People need to be educated and to know what prescribed medication they are taking and they really need to talk to their doctor or even the pharmacist to find out what the interactions could be. The problem is not everybody is well-versed in the area of herbal medicine. We know that the herbal industry is a multi-billion dollar industry now and many people are taking them but they’re also taking medication and there are interactions there. But of all of the medications that I’ve ever researched, blood thinners seem to have the longest lists of interactions with the natural nutrients.

MELANIE: Me, too. I’ve seen that as well. Working with so many people as I do, I’m an exercise physiologist, and so many people in cardiac rehab are on various blood thinners. They’re always asking me why these things don’t work with them or why they have to be careful of these things. So, list some of them out for us, Dr. Bond, and explain what you have to really be careful of. Whether it’s an increase in that actual medication’s response because of whatever you took and that it can actually become toxic.

DR. BOND: Well, that’s true. Let’s start off with something very easy. Everybody always knows, or if they are prescribed a blood thinner like Coumadin – the only thing the doctor ever tells them is avoid nutrients like vitamin K or food that contains vitamin K. For the food that contains vitamin K, you’re looking at basil; you’re looking at kale, mustard greens, spinach, and collard greens -

DR. BOND: Healthy stuff – dandelion and even turnips. The darker the green, the higher the level of vitamin K. But there are other things the people may not even realize that they need to look at that are things such as soy bean oil - which we should all avoid – olive oil, cottonseed oil and canola oil. I always tell people, “Read your labels because if you find these things, avoid them if you are on prescribed blood thinners.”

MELANIE: Wow. Yes, I imagine that people wonder about all of these healthy foods that are supposed to be bad and why is that? So, let’s talk about you mentioned vitamin K, but what about things like green tea or Coq10, which may be found in a multi that we take.

DR. BOND: Well, of course, and you bring up a great point with the Coq10. Even though the structure is similar to vitamin K, there have really been only four case reports ever reported with a problem with Coq10 but that interaction is extremely rare and a lot of the research has not been done to verify this. Of course, I have to hand it to doctors. By promoting the use of Coq10, we do need that for our heart, especially for those who are on statin drugs. If you are on a statin, we all know and have learned that those drugs will deplete the heart of Coq10, so you need to supplement with that. But with blood thinners, they are starting to see where the Coq10 is not posing a great problem. I believe that if someone stays with a dose of around 100 – 200 milligrams a day they’ll be okay. It’s those people that may have higher doses, anywhere from 400 – 1000 milligrams of Coq10 due to certain medical issues, they may really need to watch out and have their blood tested on a regular basis if they are taking Coumadin.

MELANIE: Okay, so that’s a good point you bring up right there. Having your blood tested on a regular basis. Because that would find out if you’re having some interaction with some of these things. What about something like garlic? Garlic has its own blood thinning action but we use it in a lot of cooking.

DR. BOND: It does. That’s true. When it comes to garlic, what I always tell my clients is this – if you’re on a blood thinner, then avoiding garlic in the diet. I probably wouldn’t even think about that. If you want to have some garlic with your food, great. But if you’re doing a clove a day, then you may need to rethink that. If you are on garlic supplements, some people like to take more than what is listed on the label. Then, to be on the safe side, I would probably avoid those. The thing about blood thinners is this – there are patients out there that are on blood thinners for long term use - they are the ones that really need to research all of these nutrients. Then, there are those that are only on blood thinners for short term use. If you are on it for short term, you follow your doctor’s directions and then when you get off of it, you can start adding these nutrients back into your diet. I, for one, I am a huge believer of garlic because there are so many great properties to it. But, unfortunately, if someone is taking these every day and they are on a higher dose of Coumadin or a blood thinner, they really need to be careful. One of the other nutrients or herbal nutrients that we really need to watch out for, believe it or not, is green tea. One of the healthiest substances we’ve ever taken – green tea and blood thinners do not mix. We take a case study, such as a gentleman who was drinking a half a gallon to a gallon of green tea a day. He developed, based on laboratory testing, that his blood got very thick because it was blocking the Coumadin. Then, by removing the green tea from his diet, his blood test returned to normal. So, these are things that we need to watch out for.

DR. BOND: And believe it or not, we still have people out there that do St. John’s wort for mild to moderate depression. St. John’s wort has shown in seven case studies by the Medical Products Agency in Sweden that it actually decreases the drug Coumadin. So, those taking St. John’s wort and Coumadin need to stop taking the St. Johns wort for a time until they find an alternative to the blood thinning medication that they are taking. As for women out there who really like to do natural herbals for hormonal regulation the herb Dong Quai actually contains at least six Coumadin derivatives. That herb should be avoided if a female out there is taking blood thinners long term.

MELANIE: What about ginger? We don’t have a whole lot of time, but I want to make sure to hit ginger, alcohol use in blood thinners and I mentioned at the beginning grapefruit. Because people are like, “Can I eat a grapefruit? Can I drink grapefruit juice?” But it can actually increase the levels of your medication, can’t it?

DR. BOND: It can but I’ve not seen an interaction with grapefruit and blood thinners. There seems to be more of a problem with grapefruit with cholesterol controlling drugs.

DR. BOND: Right, the statins. And in some cases, maybe high blood pressure medication. But they need to check with their pharmacist because grapefruit is usually listed in those pamphlets that the pharmacist will give out with the medication.

MELANIE: What about ginger?

DAWN: We all know that ginger can reduce platelet stickiness, especially in research studies. But at this time, if someone wants to use ginger and they are on blood thinner, it seems to be okay. There’s not been anything out there to really tell us that it’s a danger.

MELANIE: Well, that’s good to know and the last one I want to ask you about is ginseng. People are still using it for energy. Is there something wrong with ginseng?

DR.BOND: Ginseng. Boy. I’ve never really truly found a big problem with the ginseng itself. It’s the Asian ginseng that they really watch out for because it actually decreases Warfarin activity. The Asian, I would watch out for. As for the eleuthero root, they did a 1999 animal study but it did not reveal any interact between Coumadin and eleuthero root itself. But it’s the Asian ginseng, that I would probably be on the safe side and avoid that and use something else.

MELANIE: That is great information and something to be really on the lookout for. If you’re on the blood thinning medication, Coumadin, make sure you check and find out if any of the medications, nutrients, or herbal supplements that you are taking are on this list.

This is Melanie Cole. You’re listening to RadioMD. Thanks so much for listening. Scroll around and learn something with us. Stay well.
Tagged under
More from this show . . .
Prev
Next
Sunscreen Mistakes: Know the Difference Between UVA & UVB RaysThe Lung Cancer Vaccine from Cuba: Is Hope on the Horizon?