The Lung Cancer Vaccine from Cuba: Is Hope on the Horizon?

Kelvin Lee, MD, is the Jacobs Family Chair in Immunology and Co-Leader of the Tumor Immunology and Immunotherapy Program at Roswell Park Cancer Institute.

Dr. Lee holds an additional faculty appointment at the University at Buffalo School of Medicine and Biomedical Sciences. His research focuses on the immunology and biology of multiple myeloma and normal plasma cells; dendritic cell biology; and novel therapeutics for hematological malignancies. 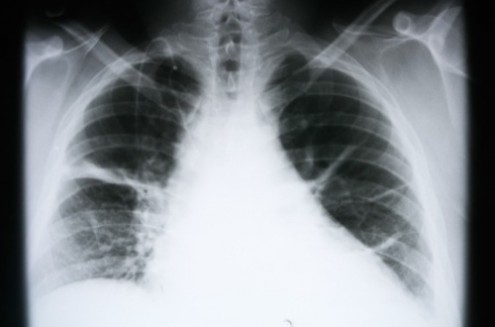 Lung cancer is the second most common cancer in both men and women in the U.S.

In fact, according to the American Cancer Society, there are about 221,000 new cases of lung cancer each year.

According to the Lung Cancer Foundation of America, most lung cancer cases are diagnosed in the late stages, making it harder to treat.

Recently, New York Governor Andrew Cuomo (D) visited Havana, Cuba, and returned back to the states with the promise of a lung cancer vaccine.

The vaccine, which is called CimaVax, has been researched for 25 years in Cuba and in 2011 became available to the public for free. The Center for Molecular Immunology signed an agreement in the spring with Roswell Park Center Institute to import the vaccine and begin clinical trials.

Kevin Lee, MD, joins Melanie Cole, MS, to discuss the lung cancer vaccine, if it's effective and when the U.S. will begin clinical trials.
Transcription:

This is Health Radio on RadioMD Here’s Melanie Cole.

MELANIE: Lung cancer is the second most common cancer in both men and women in the U.S. In fact, according to the American Cancer Society, there are about 221,000 new cases of lung cancer each year. Recently, New York Governor Andrew Cuomo visited Havana, Cuba, and returned back to the States with this promise of a lung cancer vaccine which is called Cimavax. It’s been researched for 25 years in Cuba. We are talking today with Dr. Kalvin Lee. He’s the Jacobs Family Chair of Immunology and Co-Leader of the Tumor Immunology and Immunotherapy Program at Roswell Park.

Welcome to the show, Dr. Lee. So, tell us a little bit about Cimavax. What is it intended to do and how long is it going to take us to find out if this vaccine actually works?

DR. LEE: Great to be on the air with you, Melanie. Cimavax is a vaccine that was developed by The Center for Molecular Immunology in Havana. Actually, the development started back in 1996. It’s a very, very interesting vaccine. I don’t think there’s another one like it in the cancer world at all. Most cancer vaccines-- as we are exploring using the immune system to fight cancers--most cancer vaccines actually target the cancer itself. They try to get the immune system to go after the cancer cells directly. Cimavax is very different. Cimavax is actually targeting a growth factor that is normally circulating in your blood that cancers, in fact, need to survive. So, instead of going after the cancer directly, it goes after a factor that the cancers need to survive. It depletes that factor out of your body and the cancers essentially starve. The CIM investigators have looked at this in lung cancer predominantly. That’s their number one cause of cancer mortality in Cuba. There are a large number of other cancers: breast cancer, colon cancer, prostate cancer and pancreatic cancer that may utilize this same growth factor. So, this vaccine not only may be useful in lung cancer but may be useful in a large number of other cancers, too.

MELANIE: Wouldn’t it be something if Cuba, who we’ve shut out for so many years, was the one to come up with this vaccine for so many of these deadly cancers-- pancreatic cancer and undetectable cancers. How long do you think it’s going to take for us to know? As I stated earlier in a report, when we’ve got MMR and tuberculosis, small pox it took a few years before we knew that these were diseases were eradicated. How are we going to know that this one is working? Will we stop seeing lung cancer? Will it work for someone that already has the genetic predisposition for lung cancer?

DR. LEE: I think this is the really exciting part of this. I think that there are going to be two ways that we are going to know. In fact, one way we already know. Our colleagues in Cuba have treated over 5,000 patients with lung cancer with this vaccine, 1,000 of them in Cuba, and they’ve just completed a very large, what we call randomized phase three study of 450 people, I believe. These people had lung cancer. They had advanced lung cancer. What they demonstrated was that in patients that have lung cancer getting the vaccine, in fact, significantly prolonged people’s survival. And, in fact, they have about 20% of their patients, again Stage 3-Stage 4 lung cancer, where the average survivor is about a year. They have about 20% of their patients who are getting vaccinated living out to five years or longer. So, it’s a significant number of people that seem to be doing well. The amazing thing about the vaccine is not only does it appear to be effective to prolong survival in lung cancer patients but it also appears to be very safe. They had little side effects from it and irritation at the site of the injection. The other aspect of it is that it’s very easy to give and it’s inexpensive. So, it’s a shot in the shoulder once a month. In the United States your pharmacy could do it. You could go down to your local pharmacist and get a shot once a month to manage your lung cancer--that simply. Even more exciting piece of it is the question of whether or not it could be used for prevention. It certainly can be used for treatment. So, safe, not toxic, easy to give, prolongs people’s survival. All good things on the treatment side. But the real question and thing that we find so exciting about it is can it be used for prevention? Not really. The idea that we would be vaccinating a five-year-old to prevent them from getting lung cancer when they are 60? I think that we would start out looking at people that are at high risk to get lung cancer. They don’t have it yet but they are at high risk to get lung cancer. People that have smoked a lot that we can now measure; people that actually had lung cancer that was surgically removed but we know that many of them have beat up the lining of their lungs and they have other spots that are going to turn into lung cancer. We know that their risk of getting a second lung cancer is very high. So, in those groups the question is can you vaccinate against this growth factor with Cimavax? Again, because it’s cheap, it’s easy to administer and it really has no side effects that we can tell, can you prevent or reduce the risk of those patients getting lung cancer? That, as a population in the United States is probably tens of millions of people. Worldwide, it’s probably hundreds of millions of people. The idea, the question, of whether or not we could use the vaccine to prevent lung cancers or reduce the risk of getting lung cancer has enormous public health implications worldwide.

MELANIE: As immunotherapy is being used, in what a burgeoning field you’re in, Dr. Lee, it’s really amazing. We do shows for so many cancer centers here and it’s just an amazing field. When do you think clinical trials might begin in the U.S. for the vaccine as a prevention? If so, you talked about once a month for treatment, would it be a vaccine that would work in the long term? Would it need a booster on a regular basis?

DR. LEE: I think that, essentially, in terms of when the clinical trials are going to start, we are already working at Roswell Park in collaboration with the CI and we are already working on the very first clinical trial. We think that the very first clinical trial is going to just be able to confirm the safety issues or confirm the safety profile of vaccine. Our suspicion is that the FDA will ask us to do those trials even though worldwide, there have been a lot of patients treated with Cimavax and its safety record has been very good in all of those patients. Our suspicion is that the FDA, as the first U.S. trial, will ask us to replicate that safety. That’s a relatively Phase one kind of trial. We expect that we should be able to get that under way within the next 12-18 months. Part of the challenge is going to be that the Food and Drug Administration doesn’t have very much experience approving a Cuban biotech product for clinical trials in the United States. We think it’s going to be a learning experience on both sides, at least of the United States. But we think that trial will be underway within a year, maybe less. Once that trial is done, and it will be a very quick trial, our suspicion is because, again, we don’t expect to see very many side effects, then the Phase Two prevention studies would be initiated as well as looking at the potential of Cimavax in other cancers.

MELANIE: That is so exciting and in just about 30 seconds, Dr. Lee, wrap it up. How exciting this is for the listeners and what you want them to hear about Cimavax?

DR. LEE: This is a potentially game changing kind of vaccine especially in the prevention context but certainly in the treatment context. So, this is a novel vaccine. I’ve never seen another one like it that has gotten this far. We are very excited about the potential of this vaccine.

MELANIE: So exciting. Thank you so much Dr. Kelvin Lee. You’re listening to Healthy Radio here on RadioMD. If you missed any of our great programs, you can listen any time on demand or on the go at RadioMD.com. Scroll around and learn something with us.

This is Melanie Cole. Stay tuned and stay well.

Tagged under
More from this show . . .
Prev
Next
Nutrient & Herbal Interactions with Blood ThinnersWhat the Labels on Your Green Products Actually Mean