All About Your Appendix: Why You Need It

William Parker has worked at Duke University Medical Center for more than 20 years, focusing on the immune system and how immune function in Western culture deviates from function in pre-industrial societies.

He is best known for the discovery of the function of the human appendix, and his current work deals primarily with characterization of "normal" immune function and ways to normalize the aberrant immune function found in Western cultures. Work in progress utilizes animal models and other approaches to examine improved neuropsychological function as a result of immune system normalization. 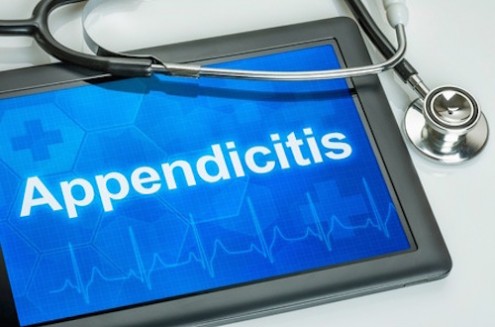 For decades, doctors have believed that your appendix doesn't really have a purpose.

If your appendix becomes too inflamed, it's considered an emergency and you need to have it removed.

Researchers are now saying that your appendix acts as a "safe house" for your gut's healthy (and good) bacteria. This bacteria is used to reboot your gut after it suffers from dysentery or cholera.

Does this mean it's bad for your health if you need to have your appendix removed?

William Parker, PhD, joins Melanie Cole, MS, to discuss your appendix and how science has finally figured out why you need it.
Transcription:

MELANIE: For decades doctors have always believed that your appendix doesn’t really have a purpose. In fact, if your appendix becomes too inflamed, it’s considered an emergency and you need to have it removed. Researchers are now saying that your appendix is a safe house for your gut’s healthy and good flora – that good bacteria. The bacteria is used to reboot your gut after it suffers from dysentery, cholera or any number of things. My guest today is Dr. William Parker. He’s an Associate Professor in the Department of Surgery at Duke U. Welcome to the show Dr. Parker. So, what I find most interesting is that we’ve heard so much about the depleting good bacteria in our intestines and in our immune system function and now are we finding out that maybe we’ve been removing too many appendixes because they really do serve this very important purpose?

DR. PARKER: Well, I think we have to be aware of the fact that the appendix does get inflamed in modern society and if it gets inflamed and you don’t remove it, there’s huge risk of adverse side effects. The main one being death. I think the risk is about 50%, in fact, of death if you don’t get your appendicitis treated. That gives us a good reason to remove the appendix. The question is, can we do anything to support our good bacteria? Of course, the answer is yes. There are things you can do. Just be aware of the idea that if you are missing your appendix, it does put you more at risk for some things associated with losing your bacteria.

MELANIE: That is fascinating to me. We use probiotics and everyone talks about prebiotics and all of these millions of things to replenish that and yet the appendix is doing that. Tell us, really, what’s the purpose of our appendix and is there anything we can do to better take care of this little thing with a little tail on it?

DR. PARKER: So, the purpose of the appendix is that it is really a storage house. Humans before the modern industrial era probably needed their appendix all the time because we were faced with drinking water that wasn’t clean, food that wasn’t clean and you get an infection and everything gets flushed out and you need something to reboot the system with good bacteria. Second question is, how do you protect the little guy, the little appendix? As far as we can tell, the things that cause appendicitis are the same things that cause allergies, auto immune diseases and even migraine headaches. It’s all related to inflammation that we have in our modern culture. The kinds of things that you can do to help restore normalized immune function are the same kinds of things that you can do probably to help your appendix stay uninflamed.

MELANIE: Wow. We talk about prevention and I’m an exercise physiologist so prevention is something that I talk a lot about on my shows. Things to keep ourselves healthy like probiotics, eating as many green leafs, and getting your exercise--things to build your immune system. Dr. Parker, so these things that we do will help our little tiny appendix as well. If something happens and it becomes inflamed, is it still standard course to remove this little guy before it goes pffft?

DR. PARKER: The problem is if your kidneys get inflamed or your joints get inflamed, we can try to treat those. People are looking into trying to treat the appendix when it gets inflamed but what happens basically is that the bacteria start to leak out. That is an extremely dangerous situation. The easiest thing to do it to just remove it. Again, people are looking into what are the benefits and risks of using a lot of antibiotics to try to keep the bacteria contained but those have their own risks. Right now, at least, the standard of care is to just remove the appendix. Keep in mind down the road that you really need to watch out for your microbiome. Use probiotics, prebiotics if you’re going to get antibiotics, things of that nature to just protect yourself.

MELANIE: If your appendix is then removed, are you now going to be a little bit more immune deficient and, as you say, use your probiotics, prebiotics. If you use those while you are on an antibiotic does it eliminate the effect of the antibiotic?

MELANIE: I know what c-diff is.

DR. PARKER: So, your bacteria can’t recover and some organism that normally hangs out in the background takes over. It’s very toxic. If you don’t have your appendix, you are at much greater risk for that which is something we only found out after we found out what the appendix does and people began to look at, if you’re missing your appendix, what is the danger? One of the dangers is, and, in fact, the main danger that we’ve identified so far, and there are others, but the main danger is the recurrent c-diff colitis. If you do take your probiotics and prebiotics religiously when you are on antibiotics, that will help protect your microbiome.

MELANIE: Wow, that’s really, really interesting. When we think of our little appendix and keeping ourselves healthy and keeping this immune system function, do you, in your opinion as the genius man that you are that came up with how this little organ of ours works and what it does, do you think that we are over-sanitizing as a society? Sanitizers are everywhere and antibiotics--in the chicken and the water and the hormones. Do you think that we’ve kind of done this to ourselves?

DR. PARKER: Well, you know, that’s a fascinating question. We just wrote a paper and published it in the journal Gutmasters last year. It’s a big journal and deals with these kinds of issues. I don’t know if you – I’m sure you have- and maybe many of your readers have heard of the Hygiene Hypothesis.

DR. PARKER: It was positive, right? In the late 1980’s. It says exactly that – we are just too clean. It turns out, as best we can tell, that we need to be sort of clean to keep passing around these viruses and these modern diseases that we have just because we live in such high population densities. Now, that being said, we shouldn’t just be going and using antibiotics and popping them like they are candy because we will hurt our microbiome but, in general, we want to practice some hygiene so we aren’t constantly getting the flu bug and other kinds of viruses that our ancestors really never had. There was no caveman flying over from China to give his fellow cavemen the flu. It just didn’t happen. We think it’s more a case of because we have clean water, because we have toilets, because we have all of these necessary things to prevent cholera and typhoid, we are missing some organisms that we’ve always had. So, it’s not that we are too clean. Yes, we have to be very careful with antibiotic use because we will cause a lot of problems but it’s more a thing of we’ve depleted the eco system of our body, the biome. We call it the life that the human has [inaudible 8:15]

MELANIE: That’s true and even with that Hygiene Hypothesis, they are saying eat a little dirt. But then, eating a little dirt, as they say, doesn’t really matter because our dirt is so pesticided and insecticided and I don’t think eating dirt is really going to help us. We just have about a minute so in this last 30 or 40 seconds Dr. Parker, with the increase in MS and lupus and these autoimmune diseases, Crohn’s, these things that we are seeing now, give us your best advice for the appendix and what we should do to take care of ours.

DR. PARKER: I think the things you’ve mentioned earlier, diet, exercise, Vitamin D is an important one. Because we work indoors we don’t get enough Vitamin D and our diets have changed. Chronic psychological stress is horrible for the immune system.

DR. PARKER: Horrible. Relieving stress is like needing food or water. It’s something we desperately need and we aren’t getting enough of. In modern medicine, and it’s what we work on now, is trying to figure out how to put back in the organisms. As you said, even our dirt now is depleted of organisms.

MELANIE: It is. Thank you so much. It’s great information. What a great topic. You are listening to RadioMD. I’m Melanie Cole. Thanks for listening. Stay well.
Tagged under
More from this show . . .
Prev
Next
What the Labels on Your Green Products Actually MeanSummer Sizzle: Master Chef's Healthy Grilling Tips