Download
Guest Info & Links: Rebecca Kling, Transgender Artist and Educator
From the Show: Health Radio
Summary: Everything you need to know about setting up and going through the last stage of transitioning.
Duration: 10
Host: Melanie Cole, MS

Rebecca Kling is a transgender artist and educator who explores gender and identity through solo performance pieces and educational workshops.

Her multidisciplinary performances incorporate conversational storytelling, personal narrative, humor, and more. Kling takes the position that sharing accessible queer narrative with a wide audience is a form of activism, and that understanding combats bigotry. 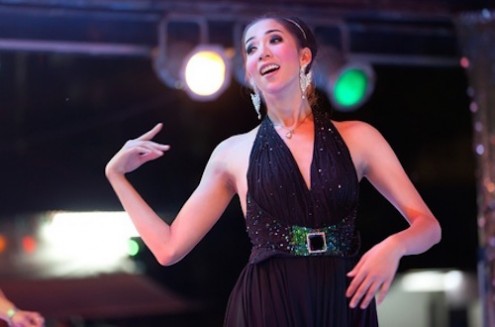 Recently, there's been a lot of buzz surrounding gender-identity issues, with the most notable being Bruce Jenner (now Caitlyn Jenner) sharing his secret with the world that his soul did not match his gender.

Over the course of the past few years, Jenner, who appears on a popular reality TV show, was photographed leaving a plastic surgeon's office, painting his nails, and growing out his hair. While the public's reaction was minimal, there were rumors of him wanting to become a woman.

Jenner and his family members stayed quiet and didn't comment until he sat down with ABC News reporter, Diane Sawyer, to open up and tell the world about being transgender and the process he was going to go through within the year.

Months later, Jenner has transitioned and made her first appearance on Vanity Fair's July cover with the title, "Call Me Caitlyn." This has stirred up some controversy and has lead people to question her agenda.

As Jenner mentioned in one of her interviews, the transgender issue today is where the gay issue was about 40 years ago; widely misunderstood. This leads to discrimination, bullying, suicide, and murder.

According to the National Transgender Discrimination Survey, a whopping 41 percent of people who are transgender or gender-nonconforming have attempted suicide at some point in their lives. This is nine times the national average.

The survey also found that 69 percent of transgender people become homeless because of a bias against their gender identity, and two-thirds of the respondents who attempted suicide were also victims of domestic abuse.

Rebecca Kling relates to this issue on a very personal level. All her life, even though born as a male, she never identified with this sex. Constantly feeling uncomfortable throughout her life, she often wondered, "how can I figure out who I am when people in my life are not like me?"

Listen in as Rebecca opens up and shares her personal story of transitioning and what the process was really like.
Tagged under
More from this show . . .
Prev
Next
Body Dashboard: Listen to Your Body for NourishmentDangers of Binge Drinking