Dr. Lisa Lowery is a native of Grand Rapids and a graduate of Ottawa Hills High School. She attended Michigan State University receiving her Bachelors of Science Degree in Microbiology, with Honors. Dr. Lowery then went on to receive her medical degree from the University of Michigan Medical School.

After medical school, she completed a combined Internal Medicine and Pediatric Residency program at Spectrum Health-Butterworth Michigan State University/Grand Rapids Campus. Her desire to work with young people led her to complete a sub-specialty research fellowship in Adolescent Medicine at the Johns Hopkins University in Baltimore, Maryland. Her research during her fellowship concentrated on sexually transmitted diseases and reproductive health. While at the Johns Hopkins, she obtained a Masters of Public Health in the Department of Population and Family Health Sciences with a Certificate of Concentration in Maternal and Child Health.

She is the President of West Michigan Medical Society/National Medical Association and serves on the Grand Rapids Urban League Board of Directors. She is involved in her community through her church home, True Light Baptist Church, and numerous other community and professional organizations, including Delta Sigma Theta Sorority, Inc. 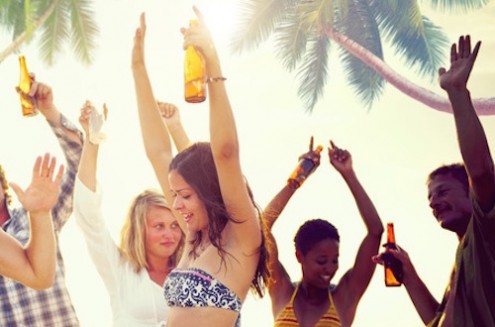 With high school and college graduation season in full swing, young teens and adults might be tempted to engage in binge drinking without fully understanding the dangerous consequences.

More often than not, young adults typically aren't likely to consider the downsides of drinking. You might think you're just drinking "socially," but you're completely unaware of how much you've actually had to drink.

When you're starting to "feel it," you may easily have consumed three or four drinks in a short period of time. This puts you at increased risk of alcohol poisoning, which, if you pass out or try to "sleep it off," can lead to death.

What are some other risks of binge drinking?

Other risks and effects young adults should know about binge drinking include:


Lisa Lowery, MD, MPH, shares the risks and dangers of binge drinking.
Tagged under
More from this show . . .
Prev
Next
What Is Gender Reassignment Surgery Really Like?Food for a Healthier Mind, Body & Soul