The Importance of HIV Testing

Demetre Daskalakis is the Assistant Commissioner of the Bureau of HIV Prevention and Control of the NYC Department of Health and Mental Hygiene. He received his medical education from NYU School of Medicine and completed his residency training in 2003 at Beth Israel Deaconess Medical Center in Boston.

He also completed Clinical Infectious Disease fellowships at the Brigham and Women's | Massachusetts General Hospital combined program. He received his Masters of Public Health from the Harvard School of Public Health. He has been a career-long physician activist in the area of HIV treatment and prevention among LGBT people.

Ambrose Delpino is a 12-year Walgreens veteran who graduated from the University of the Sciences in Philadelphia in 2009 with a Doctor of Pharmacy degree. Shortly upon graduating pharmacy school, Dr. Delpino uncovered a passion for supporting patients living with HIV and has since focused his career on making a difference for those impacted by or at risk for HIV and Hepatitis C.

Dr. Delpino earned his American Academy of HIV Medicine pharmacist (AAHIVP) credentials and currently works at Walgreens headquarters as a senior manager of virology where he helps lead the company's HIV and hepatitis prevention, testing, and treatment initiatives. 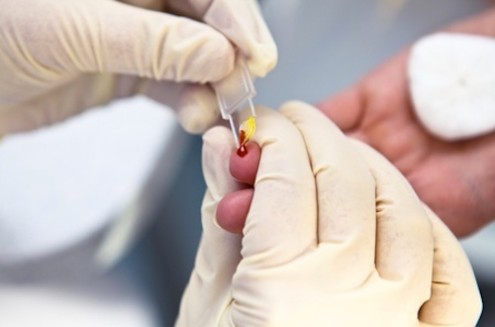 More than 1.2 million Americans are living with HIV.

But, according to the Centers for Disease Control and Prevention (CDC), one in seven do not know they are infected with the disease and only three in 10 are controlling their virus with treatment.

Testing, at least once, is recommended for all Americans aged 13-64. Treatment options following early detection of HIV can help prevent the virus from progressing to an AIDS diagnosis.

Dr. Demetre Daskalakis and Ambrose Delpino, PharmD, discuss HIV and the importance of getting tested if you feel at risk.
Tagged under
More from this show . . .
Prev
Next
Exocrine Pancreatic Insufficiency: Warning Signs in Your Stool5 Tools for Creating Space