Can Autism Risk Be Detected Just Days After Birth?

Dr. Bobbi Pineda is faculty in the Program in Occupational Therapy at Washington University, where she has been conducting research on preterm infants in the NICU for the past eight years.

The focus of her work has been on investigating the effects of the early neonatal intensive care unit environment on brain development; developing interventions that can optimize neurodevelopmental outcome in high risk newborn infants; and on defining early behaviors that are predictive of later outcome.

In addition to her research experience, Dr. Pineda has more than 20 years of clinical experience as a pediatric occupational therapist. She appreciates the opportunity to discuss her research on early detection of autism. 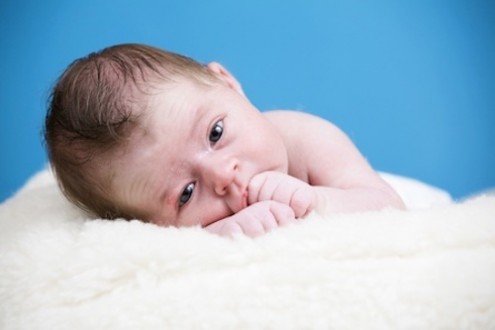 According to a 2013 report published by the Centers for Disease Control and Prevention (CDC), one in 68 children are diagnosed with autism spectrum disorders.

With a rise in diagnosis in recent years, the pressure is on to intervene with therapy earlier in life and improve function and quality of. But, just how early are the signs of autism evident?

Research conducted by a team of occupational therapists and physicians at Washington University in St. Louis aims to help detect signs of autism and altered development earlier in life, so that services, like occupational therapy, can be offered sooner in order to improve children's adaptive skills and outcome.

A study published in the current issue of the American Journal of Occupational Therapy identified differences in early eye movements among pre-term infants who later had a positive screening result for autism. However, the differences observed were not consistent with the traditional symptoms of autism observed later in childhood.

Dr. Roberta Pineda joins host Melanie Cole, MS, to discuss the recent report that suggests autism risk might be able to be detected just a few days after birth.
Tagged under
More from this show . . .
Prev
Next
Wearable Tech 101: Latest In Health Wearables3 Ways Exercising Can Make You More Sexually Active