Underage Drinking: Prevent Your Teen from Falling to Peer Pressure

She developed the "3 R's of Parenting" to empower parents to raise respectful, responsible and resilient kids, and in response to the years of character building questions she's received from her patients and community. She appears regularly on CBS, ABC, and public television.

Dr. G answers other parents on her site AskDrG.com and her own questions on HuffPost Parents. Her two-minute parenting videos cover over 100 challenges we face as we all try to raise kids we can respect and admire. 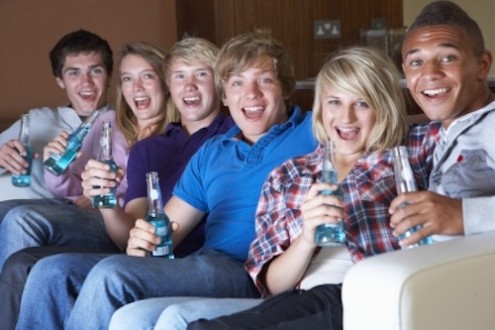 An estimated 4.1 million students will transition from middle school to high school in the next few weeks.

According to the National Institutes of Health, this is a time when your child is significantly more likely to engage in risky behavior, like drinking alcohol. That's why this is such a crucial time for you to have an important conversation with your teen about how to confidently say "no thanks" to these negative peer pressures.

According to research by Responsibility.org, parents are the leading influence in their child's decision to drink or not to drink. And, over the past decade, underage drinking has declined about 19 percent annually as conversations about underage drinking between parents and their kids have risen by 62 percent.

Deborah Gilboa, MD, shares why it's important to talk to your teenager about underage drinking and not falling to peer pressure.
Tagged under
More from this show . . .
Prev
Next
How to Heal for Your Own HappinessCan Statins Cause Brain Decline?