Is There a Right Age to Get Married?

Nicholas H. Wolfinger is Professor of Family and Consumer Studies and Adjunct Professor of Sociology at the University of Utah.

He received his undergraduate degree at the University of California, Berkeley and his Ph.D. at UCLA, both in sociology. His books include Understanding the Divorce Cycle: The Children of Divorce in Their Own Marriages, Do Babies Matter? Gender and Family in the Ivory Tower (with Mary Ann Mason and Marc Goulden), and Fragile Families and the Marriage Agenda (edited, with Lori Kowaleski-Jones).

Nick is also the author of about 40 articles or chapters. Nick splits his time between Northern California and Salt Lake City, Utah. 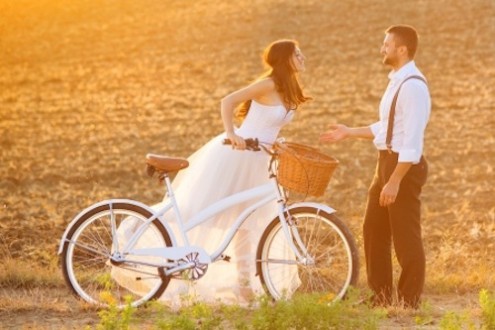 There's something changing in the way younger generations are approaching marriage.

People are seemingly waiting until later in life to get married, either for financial reasons or a career ambition you and your partner may face.

Even though you might be swarmed at family parties as to when it's your turn to walk down the aisle, waiting until you're older may not be such a bad idea.

In fact, recent research shows that there is a "right" age to get and stay married, and the lowest likelihood of divorce is when you get married between the ages of 28 and 32.

According to the Centers for Disease Control and Prevention's (CDC) National Survey of Family Growth (NSFG), the odds of divorce decline as you age from your teenage years, and the chances of divorce increase as you age into your late 30s and early 40s.

Nicholas H. Wolfinger, PhD, shares his recent findings on whether or not there's a right age to get married.
Tagged under
More from this show . . .
Prev
Next
9 Things that Happen to Your Body When You Skip a MealConquering Superbugs with Dog Kisses