Download
Guest Info & Links: Christina Mair, PhD
From the Show: The Dr. Leigh Vinocur Show
Summary: Why is it important to consider rules about the location of marijuana dispensaries and the density of dispensaries within an area?
Duration: 10
Host: Leigh Vinocur, MD

Dr. Christina Mair is a social epidemiologist and an Assistant Professor in the Department of Behavioral and Community Health Sciences at the University of Pittsburgh Graduate School of Public Health.

Her current research focuses on the social ecology of substance use, model-based approaches to study drinking behaviors and related problems, and population-based analyses of alcohol-related problems such as violence. She is the Principal Investigator of an NIH R21 grant focused on the extent to which high-risk sexual behaviors vary in relation to selection of drinking contexts, use of alcohol in contexts, and level of use in contexts.

Dr. Mair is also a Research Scientist at the Prevention Research Center in Oakland CA. She received her Ph.D. in epidemiology from the University of Michigan, where she worked with Dr. Ana Diez-Roux studying the links between depressive symptoms and neighborhood social and physical conditions. 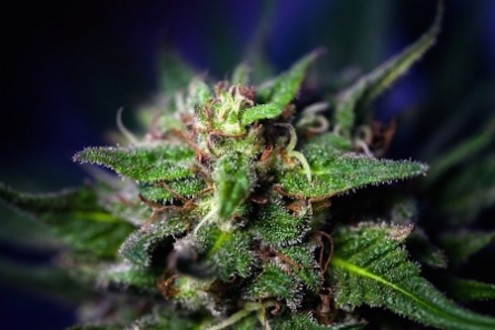 Even though research has shown the many benefits to medical marijuana, there are still more research that needs to be done on safety.

According to a recent analysis conducted by the University of Pittsburgh Graduate School of Public Health, people who live in an area with large amounts of marijuana dispensaries have a larger number of hospitalizations.

What did the analysis find?

More than 85 percent of marijuana-related hospitalizations were coded as abuse, rather than dependence, and 99.2 percent were secondary codes, which meant the person was primarily hospitalized for something other than marijuana.

What else did the research find?