Flu Diet: What to Eat & What NOT to Eat to Avoid Getting Sick

Certified in nutrition from American Health University, Janet Little has a Bachelor of Science degree from the University of Phoenix and a Masters of Public Administration degree from USC.

For over 20 years, she has worked within the health food industry and has traveled the region speaking extensively on natural and organic foods, nutrition, vitamins and minerals, herbal solutions and homeopathic remedies. Her areas of expertise include child nutrition, health and fitness, women's health and nutritional counseling.

An award-winning Toastmasters speaker, Little always keeps her audience intrigued and eager to rush into the kitchen to get cookin'! Current and past organizations that have requested her to speak include Sharp Healthcare, Sempra Energy and L.A. and San Diego County Administrations.

Never satisfied to just talk the talk, Little lives the life she promotes every day. She can be seen competing in full and half-marathons and she regularly trains and competes in triathlons including Ironman competitions. There's nothing she'd rather be doing than helping people improve their quality of life by making healthier food choices and leading more active lifestyles. 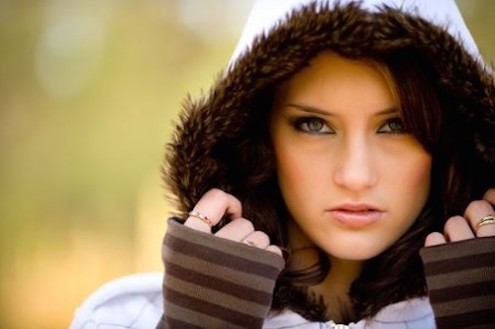 It's true that you can get the flu any time of the year, but the season typically lasts from early October to May, with the peak season between December and February.

It's estimated that up to 63 million Americans come down with the flu, and up to 200,000 Americans are hospitalized.

In fact, according to the Centers for Disease Control and Prevention (CDC), the flu is the number-one reason people take time off work.

If you're someone who doesn't like to get the flu shot, or if you have already but are worried about the vaccine failing like it did back in the 2014-2015 season, you may want to consider eating certain foods to help boost your immune system and keep you healthy.

What foods should you consider eating to help prevent getting the flu?

Listen in as Janet Little, CN, shares the foods you should be eating (and avoiding) to help you from getting sick this flu and cold season.
Tagged under
More from this show . . .
Prev
Next
Stem Cell Therapies Help Treat COPDBest Apps for Pregnant Women