Calling Off Your Divorce: Why It Might Be Your Only Option

Marital law attorney, Rebecca Zung, is the nation's leading authority on divorce and is Revolutionizing the Conversation™ on the subject through media interviews, speeches, her Divorce Master Class videos series, her role as a Contributor to Credit.com and her book, Breaking Free: A Step-by-Step Divorce Guide to Emotional, Physical and Spiritual Freedom.

In addition, her comments and opinions have been featured on such major websites as HuffingtonPost.com, CBSNews.com, ABCNews.com, YahooFinance.com, and CafeMom.com. She also formerly hosted a radio show on BlogTalkRadio called, Divorce Dish, with fellow family law attorney Chris Lombardo. 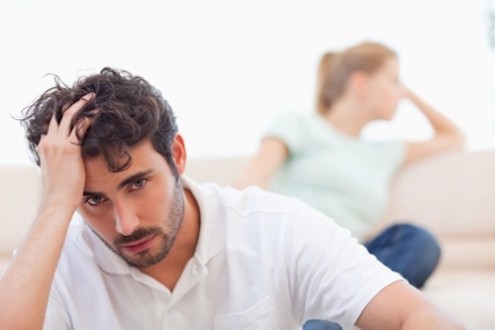 Marriage can be hard work, and it requires both people involved to be willing to put in the time and effort to make the marriage last.

Research has revealed that millions of individuals are stuck in an unhappy marriage but will not walk away for fear of financial or emotional hardship.

The study, which polled 2,000 married people, showed that one out of five couples feel "trapped" and would only divorce if financial security was guaranteed.

Why do people stay married even though they're unhappy?

Listen in as Rebecca Zung, marital law attorney, shares why calling off your divorce might be your only option.
Tagged under
More from this show . . .
Prev
Next
Sugar Substitutes: New Toxic Killer of DogsCan Eating Smarter Make You Smarter?