Gerald M. Lemole, M.D., was appointed Medical Director of Christiania Care's Preventive Medicine and Rehabilitation Institute and Center for Integrative Health in January, 2007 thru June 2010. Prior to his appointment as Medical Director, Dr. Lemole was Chief of Cardiovascular Surgery at the Medical Center of Delaware since 1986 when he performed the first open heart operation in the state of Delaware. In 2006, Dr. Lemole was appointed the first W. L. Samuel Carpenter III Distinguished Chair of Cardiovascular Surgery, Christiana Care Health System.

Dr. Lemole returned to Philadelphia from Texas in 1969. That same year he performed the first coronary bypass in the tri-state area of Pennsylvania, New Jersey and Delaware. At age 32, he was named Chief of Cardiothoracic Surgery at Temple University. He was concomitantly Chief of Surgery at Deborah Heart & Lung Center, Brown Mills, New Jersey, from 1972 to 1984. In 1975, at age 38, he became a full professor at Temple, an achievement that also made him one of the youngest full professors of surgery in the United States. In 1982, while visiting Turkey, Dr. Lemole performed the nation's first successful coronary artery bypass procedure. He is presently full Professor of Surgery at Temple University and Thomas Jefferson Medical College.

Dr. Lemole has written over 150 articles, book chapters and editorials for professional publications. Dr. Lemole has been a visiting professor at the Universities of Dublin and Istanbul, the Royal College of Surgeons-IRE, Chinese Military Medical Universities in Shanghai, Xian, and Shen Yeng, the Military Medical College of Ankara, Turkey, Fengtai Heart Institute, Beijing, China, and Columbia-Presbyterian Hospital, and has lectured at many other medical centers and universities in the United States and around the world. He is listed in the publication, Who's Who in the United States and Marguis' Who's Who Directory of Medical Specialists.

Dr. Lemole has written several books on Integrative Medicine, including most recently, FACING FACIAL PAIN for the Trigeminal Neuralgia Association, THE HEALING DIET, published by William Morrow, and AN INTEGRATIVE APPROACH TO CARDIAC CARE for Medtronic and a second edition for St. Jude Medical. 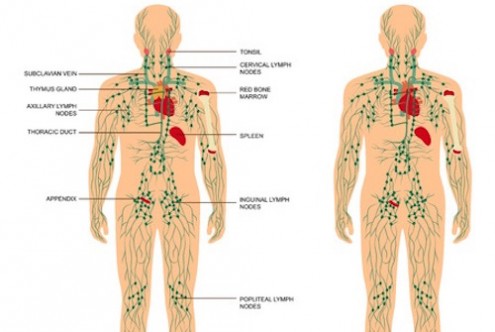 Think of the lymphatic system as your body's other plumbing system.

Like the cardiovascular system, it has pipes and valves and filters.

Lymphatics and inflammation are the underpinning of almost all disease, and the key to managing chronic diseases and achieving optimal health is to keep your lymphatic system open and flowing.

Dr. Gerald Lemole, board certified in both cardiac surgery and complementary medicine, provides insights into the basis of many common diseases and their management.
Tagged under
More from this show . . .
Prev
Next
Herpes of the EyeConjunctivitis: What Is Pink Eye?