Is Coffee Good for Your Pregnancy?

Download
Guest Info & Links: Michael Fenster, MD
From the Show: The Dr. Leigh Vinocur Show
Summary: Why was it said before that women who are pregnant should stay away from coffee?
Duration: 10
Host: Leigh Vinocur, MD

Dr. Michael S. Fenster, also known as Dr. Mike, is a Board-Certified Interventional cardiologist who just released his newest book, The Fallacy of the Calorie: Why the Modern Western Diet is Killing Us and How to Stop It. He is nationally recognized for his renovated approach to food and health, which resulted in his popular Grassroots Gourmet™ method: a lifestyle that fosters well-being through promoting metabolic health, and an approach that seeks to counter the inflammatory effects of the modern western diet.

Dr. Mike loves to combine his passion for cooking with his keen medical awareness; his culinary career started before he even attended medical school. He has published original cardiovascular research that has appeared in peer reviewed scientific and medical journals. As a result, he has been asked participate on numerous medical advisory boards and participate in cardiovascular thought leader symposiums throughout the country. 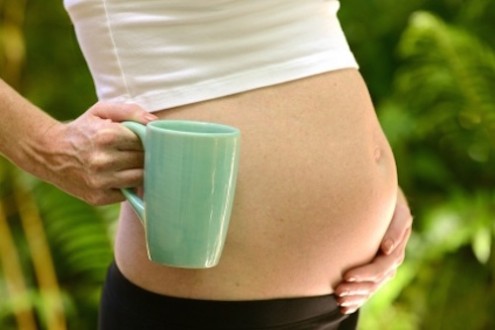 Being pregnant can be a joyful and exciting time within your life.

However, you may be surprised at how much change you need to make while pregnant in order to stay healthy for you and your baby.

It may seem obvious that you shouldn't be drinking alcohol, smoking cigarettes, and eating like a college kid. However, having to give up something like coffee can be tough, especially if you're used to drinking two cups every morning in order to function.

Recently, a study suggested that drinking coffee isn't as harmful as previously thought. The study was published in the American Journal of Epidemiology and analyzed data collected from 2,197 expectant mothers that participated in the Collaborative Perinatal Project (CPP). Researchers were interested in the chemical paraxanthine (a central nervous stimulant).

Researchers found that after comparing paraxanthine levels at 20 and 26 weeks gestation to the child's IQ and behavioral problems, there wasn't a consistent pattern between maternal caffeine ingestion and children's IQ.

What else did researchers find?

Listen in as Michael Fenster, MD, shares the recent study and why coffee isn't as harmful to drink in moderation as it was previously thought to be.
Tagged under
More from this show . . .
Prev
Next
Weight Loss Surgery: Are You at Risk for Suicide?Cost Effectiveness of Sex Reassignment Care