Download
Guest Info & Links: Stephen Wangen, MD
From the Show: Health Radio
Summary: Is there a way to test to see if you have either celiac or a gluten sensitivity?
Duration: 10
Host: Melanie Cole, MS

Dr. Stephen Wangen is the Medical Director and co-founder of the IBS Treatment Center. He has been seen and heard on ABC, NBC, and Fox as well as public radio and television. Having suffered from IBS himself, Dr. Wangen dedicated his life to solving this complex problem. Since 2005 the IBS Treatment Center has successfully helped thousands of patients from around the country end their digestive problems. 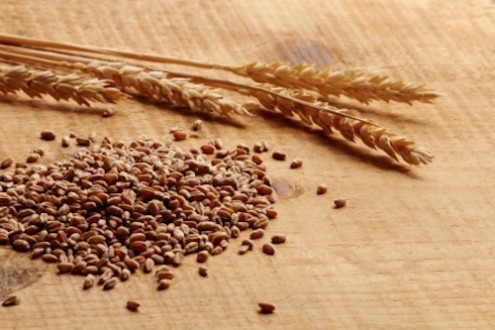 It seems like the terms gluten and gluten-free have been popping up everywhere... from restaurants and grocery stores, to comedian's jokes.

Other than becoming a very trendy "diet" over the past few years, gluten awareness is also shining some light on the serious gastrointestinal illnesses many people face.

Celiac disease is an autoimmune disorder that can occur in genetically predisposed people. The lining of your small intestine is damaged from your body's immune response when the ingestion of gluten occurs. Gluten is a protein found in wheat, barley, and rye.

According to the Celiac Foundation, only one in 100 people are affected by this worldwide.

If you react to gluten, meaning you don't feel great after eating it but do not have celiac disease (your gastroenterologist must preform a biopsy in order to prove celiac), you might have something called gluten sensitivity.

How can you determine if you have gluten sensitivity?

Typically, doctors will try to rule out any food allergies like wheat and check for celiac first. Doctors might also want to draw blood in order to look for bio-markers.

Unfortunately, the only cure for both celiac and gluten sensitivity is strictly following a gluten-free diet.

What else do you need to know about celiac and gluten sensitivity?

Stephen Wangen, MD, joins Melanie Cole, MS, to discuss the difference between gluten sensitivity and celiac disease.
Tagged under
More from this show . . .
Prev
Next
Sore Throat? Try these 11 FoodsACA: What Are the Individual Income Tax Requirements?