is the creator of the MELT Method®, a revolutionary yet simple self-treatment technique that helps people get out and stay out of chronic pain. A nationally recognized educator, manual therapist, exercise physiologist, and founding member of the Fascial Research Society, Sue is the author of the New York Times bestselling book, The MELT Method®: A Breakthrough Self-Treatment System to Eliminate Chronic Pain, Erase the Signs of Aging, and Feel Fantastic in Just 10 Minutes a Day!, which has helped over 200,000 people lead a healthy, pain-free life. Sue’s journey to help others began in the world of fitness. She became a group exercise instructor in 1988. In 1999, she starred in the Crunch video Boot Camp Training, which has sold more than half a million copies worldwide and remains one of the bestselling fitness videos today. She continues to teach in some of NYC’s top fitness facilities today. Sue's interest in manual therapy began with her quest to find answers to her own debilitating pain, which served as the foundation for the MELT Method®. After receiving her Masters in Exercise Science from New York University, Sue went on to complete thousands of hours of research, as well as certifications in manual therapies such as neuromuscular, craniosacral, and lymph drainage. Since 1998, Sue has had a private manual therapy practice, working with clients who suffer from a wide range of injuries, disorders, diseases, and dysfunctions as well as their associated chronic pain symptoms, which are most often overmedicated and infrequently remedied. In 2001, Sue was inspired to create "homework" for her clients, which led to the development of the MELT Method® – the first-ever form of Hands-off Bodywork™. This groundbreaking program provides a self-care option that reduces and eliminates the cause of pain, rather than offering temporary relief, such as medication and surgery, to support health, fitness, and quality of life of any person, at any age or activity level. Now with the bestselling book, The MELT Method®, and the products Sue personally designed (including the MELT Soft Body Roller and MELT Hand & Foot Treatment kit) anyone, anywhere, can take steps to restore whole-body efficiency and lead a healthier, more active life. Sue has personally trained more than 1,300 professionals from 13 different countries, some of whom are even working with Olympic and professional athletes. Sue is a leading presenter for national organizations such as IDEA, ECA, and PMA, and an accredited continuing education provider for ACE, AFAA, NASM, PMA, and NCBTMB. 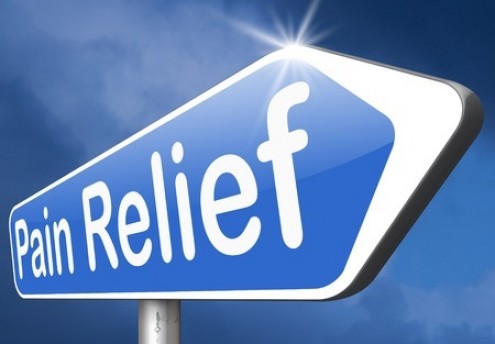 While acute pain is a normal sensation triggered in the nervous system to alert you of possible injury and the need to take care of yourself, chronic pain is different.

New research has revealed the missing link to pain-free living: a balanced nervous system and healthy connective tissue. These two components work together to provide your body support and optimal mind-body communication. MELT directly addresses these two systems of your body in a way no other self-treatment can, including diet and exercise.

Host of The Wizard of Eyes, Dr. Robert Abel, welcomes special guest, Sue Hitzmann, the creator of MELT. Sue’s interest in neuromuscular and manual therapies began when she was in her 20s with her quest to find a resolution to her own debilitating pain.

She shares her experience and techniques to improve the important circulation of your lymphatics and how you can live a pain-free life.
Tagged under
More from this show . . .
Prev
Next
Complementary Therapy for ArthritisTreatments for Excessive Tearing