Miscarriage Misconceptions: When Can You Try Again?

Enrique F. Schisterman, PhD, is a senior investigator and chief of the Epidemiology Branch. He earned both his master's degree in Statistics and his doctorate degree in Epidemiology from the State University of New York, Buffalo. Overall, his research interests focus on epidemiological methods and reproductive epidemiology.

He has specific interests in biomarkers and their impact on general health, particularly women's health (i.e., endometriosis, infertility, and menstrual cycle function). 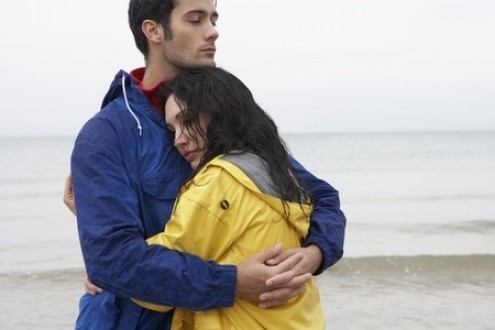 If you've been trying to start a family, it can be extremely heartbreaking and painful to hear that you've miscarried. It might even make you terrified to try again.

However, a recent study conducted the by National Institutes of Health found that couples who attempt to conceive within three months after losing an early pregnancy (less than 20 weeks gestation) have the same chances, if not greater, of achieving a live birth than those who wait three months or more.

This goes against what most doctors and the World Health Organization (WHO) advise, which is to wait three to six months before trying again.

What did the study look at?

Researchers analyzed data from the Effects of Aspirin in Gestation and Reproduction (EAGeR) trial, a multisite block-randomized, double-blinded, placebo-controlled trial that took place between 2007 to 2011.

During the trial, 1,228 women aged 18 to 40 years were enrolled, with more than 99 percent of women who had lost a pregnancy at less than 20 weeks gestation. Participants were followed for up to six menstrual cycles. If they became pregnant, the researchers followed them until the outcome of their pregnancy was known.

What did researchers find?

Listen in as Enrique F. Schisterman, PhD, shares the findings of the study, as well as what this research means for couples who want to try to conceive after a pregnancy loss.
Tagged under
More from this show . . .
Prev
Next
Is the No Shampoo Trend a Healthy One?What Pregnant Women Need to Know About the Zika Virus