belle S. Volgman, M.D., FACC, FAHA, is Professor of Medicine and Senior Attending Physician at Rush Medical College and Rush University Medical Center. She is the Medical Director of the Rush Heart Center for Women. She is the recipient of the Madeleine and James McMullan-Carl E. Eybel, MD Chair of Excellence in Clinical Cardiology. Dr. Volgman received her undergraduate degree with honors from Barnard College, Columbia University, and her medical degree from Columbia University College of Physicians and Surgeons in New York City. She is a fellow of the American College of Cardiology and American Heart Association. She completed her residency in Internal Medicine at the University of Chicago Hospitals and Clinics and her Cardiology and Clinical Electrophysiology fellowship at Northwestern Memorial Hospital in Chicago. She has been Board Certified in Internal Medicine, Cardiovascular Disease and Clinical Cardiac Electrophysiology.

Dr. Volgman’s research interests include preventive and management strategies of atrial fibrillation, especially antiarrhythmic drugs and anticoagulants for the prevention of stroke in atrial fibrillation. She is an active member of the American Heart Association and American College of Cardiology. Dr. Volgman has written numerous abstracts and articles in multiple topics of women, stroke and heart disease, as well as cardiac electrophysiology. She has been invited to present her research at national and international conferences. In addition, she has given hundreds of local and national lectures and has served as an editor/reviewer to several scientific journals including American Journal of Cardiology and Journal of American Medical Association.

Dr. Volgman is a board member and Past President of the Metro Chicago Board of Directors and on the Metro Chicago Board of Directors and recently finished serving on the Midwest Affiliate Board of the American Heart Association. She is a member of two national AHA committees – Council of Women and Special Populations and Council on Quality of Care and Outcomes Research & Council on Epidemiology and Prevention. She is very active in efforts to increase awareness of heart disease in women. She has been a prominent leader of the Go Red for Women movement; received numerous awards from Rush University Medical Center, American Heart Association, Girls in the Game and the Asian American Hall of Fame; been listed in the Marquis Who’s Who in fields of education and science; been listed in several lists of Top Doctors; and is featured as a Top Doctor in the January 2008 -2016 issues of Chicago Magazine. She was selected as a Top Doctor for Women in the field of Cardiology by Women’s Health Magazine. She was also listed as a Top 1% Doctor in the Castle Connolly Medical List of Top Doctors in 2012. She has been listed as a Top Doctor in the Castle Connolly Medical List 2007-16. She is on the national Scientific Advisory Board of WomenHeart. She received the Coeur d’Or Award at the 2011 and 2012 American Heart Association Heart Ball. She wrote the foreword for the book Prevent a Second Heart Attack by Dr. Janet Bond Brill released in February 2011 and a contributor to the Bates’ Guide to Physical Examination and History Taking, 11th Edition. She also received the honor in 2011 of being one of 100 women who make a difference in Today’s Chicago Woman Magazine and in 2013 as one of 100 most influential women in Chicago. In November 2013 she was featured as Today’s Chicago Woman Game Changer and in 2014 was one of 100 Chicago’s most inspiring women. She was awarded the 2015 leadership award by Concern Worldwide.

She has been interviewed by numerous newspapers, magazines, radio and television news shows about various health issues. She was featured in the O Magazine as Ms. Winfrey’s cardiologist in 2002 and her profile was in Chicago Crain’s Business in 2003 and 2014. Dr. Volgman has served on the boards of the Menomonee Club for Boys and Girls and on the Tony award winning Lookingglass Theatre Board. She currently serves on the Board of the Giordano Dance Company. 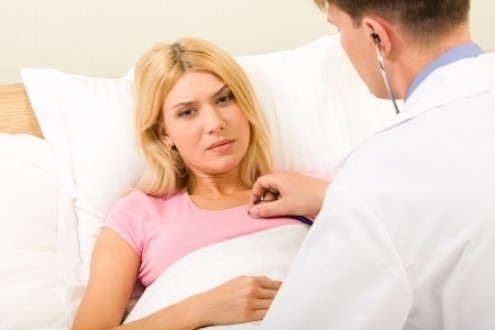 The American Heart Association has pointed out that most women ignore heart disease risks.

Since symptoms are different for women than men, women need to learn to recognize female-specific symptoms of heart disease.

While heart disease is the number-one killer of women in the U.S., almost two-thirds of women who die of heart disease have no previous symptoms. Women experience more varied and less obvious symptoms of coronary artery disease (CAD). Many of the tests do not consider the cardiovascular differences between women and men, and these tests often yield higher rates of inaccuracies or false positives.

There is a three-pronged approach to women's heart health:
Cardiologist Dr. Annette Volgman shares how women can be smart with their heart health.
Tagged under
More from this show . . .
Prev
Next
Selfless Development & Creating Impactful RelationshipsDitch Your Fast Food Lifestyle this Year