Dailey’s education includes a Bachelor of Music degree in piano performance from the University of Oklahoma and a Master of Science degree in exercise physiology and a minor in nutrition from the University of North Texas, which included an internship at the Sports Medicine Clinic of North Texas in Dallas. Her master’s thesis, “The Relationship of the Sit and Reach Test to Criterion Measures of Hamstring and Back Flexibility in Young Females,” was published in Research Quarterly for Exercise and Sport 57 (3) in September 1986, with Allen W. Jackson and Alice Ann Baker. She earned an American College of Sports Medicine Fitness Instructor Certification in 1985 and the Pilates Method Alliance Gold Certified Instructor in 2005.

Her mission in writing Dailey Strengthening: 6 Keys to Balance Core Muscles for Optimal Health is to provide the information she has learned from her students and her own self-healing experiences so that others may create a plan to maintain their body, mind, and spirit in good health. 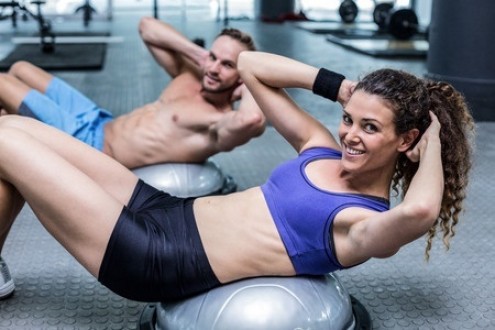 Core strength is important for good posture and proper support of your organs. It can also contribute to a healthy sex life.

Core strength and good posture help with healthy blood flow to all glands, organs, and tissues, making your parts healthier for sex.

How can you strengthen your core and improve your posture?

Carry your pelvis with your tailbone pointing down toward your heels. This balances your pelvis and aligns your organs. Use this posture when you stand, sit or walk.

Listen in as author Alice Ann Dailey shares how you can improve your sex life with a stronger core and better posture.
Tagged under
More from this show . . .
Prev
Next
Egg Freezing & Making a Modern FamilySplendid Spices to Heal What Ails You