For over 30 years Dr. Mayer has provided consultation services to schools in the Chicagoland Area and across the country.

Dr. Mayer is the author of over 60 professional articles, most on family life, and 14 books, 3 novels, two screenplays and a performed stage play. Dr. Mayer completed a book for the United Nations (UNESCO) titled, Creating a Safe and Welcoming School. That book has been distributed around the world and translated into 16 languages. He produced a newsletter for schools and parents, "Mayer’s Memo," for 26 years. It was distributed to schools, institutions and families from coast-to-coast regularly reaching an audience of over 350,000 and at times over one million readers. Back issues can be found on his website. As successful as it was, he stopped it in 2015 and concentrates on Twitter posts helping with parenting issues. Find him on Twitter @DrJohnMayer, as well as his tweets about writing and books @jemayerbooks.

Dr. Mayer is the President of the International Sports Professionals Association-ISPA, the oldest and largest accreditation body credentialing professionals and coaches who serve sports at all levels. A life long athlete, he is only the second president of this organization having taken over from ISPA’s founder.

Dr. Mayer has received many awards and recognitions throughout his career. In 2000 he was named by Cambridge (England) as one of the Outstanding Scientists of the 20th Century for his work on helping to change our approach to drug abuse in families. He is also an honorary alumnus at two high schools.

Dr. Mayer lectures and consults around the country as well as to the federal government and law enforcement agencies.  He is often the expert called into the “headline cases” involving youth. 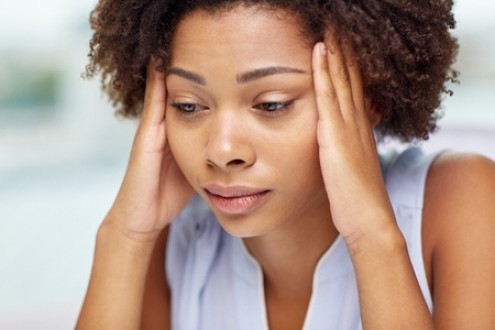 When depression kicks in, you may not feel like doing anything, much less exercise.

There goes your fitness routine.

Listen in as Dr. John Mayer discusses how depression and sadness have physical effects, and how fitness relates to depression.
Tagged under
More from this show . . .
Prev
Next
Should You Eat Breakfast?Sex: Good for Your Heart