Travis Langley, PhD, editor of The Walking Dead Psychology: Psych of the Living Dead, and Star Wars Psychology: Dark Side of the Mind is a psychology professor who teaches course on crime, media, and mental illness at Henderson State University. He speaks regularly on media and heroism at universities, conferences, and popular culture conventions including San Diego Comic-Con, New York Comic Con, and Wizard World conventions throughout the world.

Necessary Evil: Super-Villains of DC Comics and other films have featured him as an expert interviewee, and the documentary Legends of the Knight spotlighted how he uses fiction to teach real psychology. Psychology Today carries his blog, “Beyond Heroes and Villains,” and he is one of 10 most popular psychologists on Twitter with over 100,000 followers: @superherologist.

You can also keep up with Travis and the rest of the book’s contributors through Facebook.com/ThePsychGeeks. 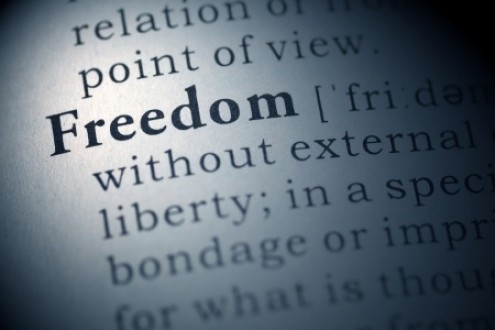 Cap believes in freedom and self-regulation. Tony Stark believes that regulation is necessary for security. Both have valid stances. Which is more valuable: freedom or security?

Superheroes emerged in the 1930s. A German psychologist named Erich Fromm was trying to make sense of what happened in Germany after the Great Depression. He found the German people gave up many freedoms when the Nazis took over, in order to have a sense of economic security. He concluded the conflicting desires for freedom and security were the most basic human struggle.

Captain America focuses on individual liberties and personal rights. Iron Man emphasizes regulation and security. Cap doesn't trust the system, and he discovers the system has been corrupted.

We want people who shake up the system. We want the rebel hero. We like freedom, but we also want to be safe.

Psychology professor Dr. Travis Langley joins Melanie Cole, MS, to discuss the importance of freedom and security.
Tagged under
More from this show . . .
Prev
Next
Get the Scoop on Prenatal VitaminsHow to Fight Fear & Not be a Victim