Dr. Robert Kowal is a co-medical director of electrophysiology at Baylor Heart and Vascular Hospital. His areas of clinical expertise include catheter ablation for complex arrhythmias; pacemaker and defibrillator therapy including bi-ventricular resynchronization therapy for the treatment of heart failure; diagnosis and treatment of syncope; atrial fibrillation and genetic arrhythmia syndromes; clinical cardiac electrophysiology. For medical school, he attended UT Southwestern Medical School in Dallas. He also completed his residency at Brigham and Women's Hospital, Harvard Medical School and his fellowship at Harvard Medical School in Boston. 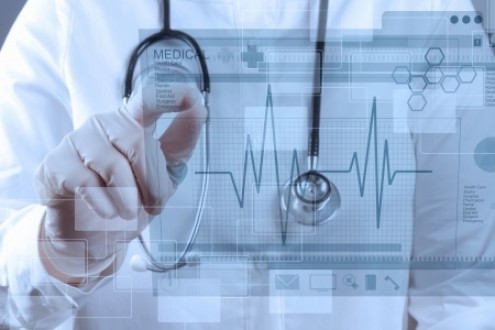 A pacemaker is a small device that is implanted in the chest to regulate heartbeat for those with abnormal heart rhythms.

Pacemakers weighed almost 75 grams back in the 1950s, but have gradually become smaller and lighter. Because they are implanted under the skin, past versions of the device have been very noticeable in pacemaker users.

If your heart rate is too slow and you feel limited by that (shortness of breath; limited movement and exercise), you may be a candidate for a pacemaker. Pacing technology has been around for over 50 years.

Listen in as Dr. Robert Kowal shares the latest information on the Micra pacemakers.
Tagged under
More from this show . . .
Prev
Next
Inhalable Insulin: Viable Option for DiabeticsMenopause Brain: Memory Issues & More