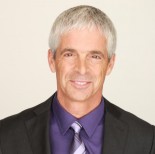 More from this show . . .
Prev
Next
Repairing Your Health Starts in the Gut5 Ways to Reduce Your Cancer Risk