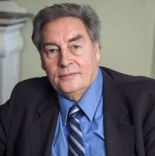 More from this show . . .
Prev
Next
Overcoming Lyme DiseaseChange the Story of Your Health