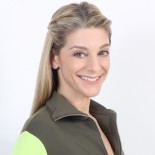 More from this show . . .
Prev
Next
Healthy Foods That Are Making You SickPosture for Optimal Health