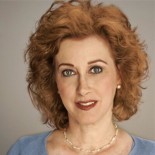 This Twitter hashtag recently went viral with the premise of women sharing hurtful and damaging statements said to them over the years.

"You'd be pretty if you lost weight."
"No one likes fat girls."
"I've seen you put away more pasta than an NFL linebacker."
"I didn't know they made bras that small."
"You should eat a sandwich."

Some individuals can easily shake off such comments, but others can be impacted in a life-long damaging way. Body dysmorphic disorder (BDD) is often a devastating result.

According to the Mayo Clinic, some symptoms of BDD include:

The disorder can even be as severe as entertaining suicidal thoughts.

Joyce Knudsen, PhD, joins host Lisa Davis to explain what body dysmorphic disorder is, as well as ways to address the disorder and other body image struggles.
Tagged under

More from this show . . .
Prev
Next
The Infinite View: Guidebook for Life on EarthLiving with Anxiety