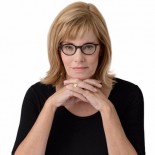 More from this show . . .
Prev
Next
Ignite Your Passion: Foods for Sexual HealthHow to Achieve Radiant Skin & Better Health