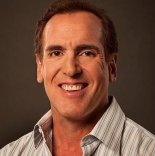 More from this show . . .
Prev
Next
Coconut Oil Confidential: Smart Oil Swap for Healthier Meals PLUS The "Art" of Cooking for Better Blood SugarTaste of Europe: Vegan Style!