Cells Are the New Cure

Download
Guest Info & Links: Robin Smith, MD & Max Gomez, PhD
From the Show: Wellness for Life
Summary: The cure for what ails you may just be inside you.
Duration: 26:29
Host: Dr. Susanne Bennett

In addition to NYC’s "Excellence in Time of Crisis" for his September 11 coverage, Dr. Gomez has been singled out nationally for special award recognition by the Leukemia and Lymphoma Society and The National Marfan Foundation. He was also named the American Health Foundation’s “Man of the Year.” Dr. Gomez has helped organize and moderate three international scientific symposia on stem cells and cellular therapies, hosted by and held at the Vatican.

Max also trains physicians nationally in public speaking and presentation, speaking to groups as diverse as the National Cancer Institute and the College of American Pathologists. He is the co-author of Our Stem Cells – The Mysteries of Life and Secrets of Healing, a layman’s guide to the medicine of the future, showcasing a wide array of emerging adult stem cell breakthroughs.

Dr. Gomez also mentors undergraduate journalism students, as well as medical students and physicians who are interested in medical journalism.

Dr. Robin L. Smith is a global thought leader in the regenerative medicine industry, one of the fastest growing segments of modern-day medicine. She received her M.D. from Yale University and an M.B.A. from the Wharton School of Business. During her tenure as CEO of the NeoStem family of companies (NASDAQ: NBS), which she led from 2006 to 2015, she pioneered the company’s innovative business model, combining proprietary cell therapy development with a successful contract development and manufacturing organization.

Dr. Smith maintains a regular column for The Huffington Post. In June 2016, she was awarded the Women of Power and Influence Award from the National Organization of Women (NOW) and is the 2014 winner of the Brava Award, which recognizes top women business leaders in the Greater New York area. She was also a finalist for the 2014 EY Entrepreneur of The Year award for the New York area, recognizing entrepreneurs who demonstrate excellence and success in the areas of innovation, financial performance and personal commitment to their businesses and communities.

As a business leader, entrepreneur, doctor and philanthropist, Dr. Smith is uniquely positioned to lead the global healthcare industry into the cellular future, where the cells of our bodies will stand as the foundation for a wide array of cures. 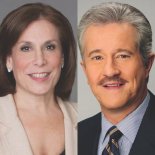 Stem cells are the means to create new body tissue. They regenerate, rejuvenate and strengthen.

Stem cells are being used in joints where the body wears down. There are mixed results on regenerating cartilage

They are also used to rebalance the immune system. Cellular therapies are still developing for treating autoimmune disorders.

The older you get, the weaker your stem cells become. Introducing new stem cells into the system can rejuvenate older stem cells.