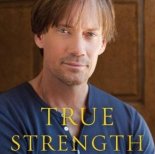 More from this show . . .
Prev
Next
How to Make & Enjoy Dairy-Free MilksTips from the Clean Eating Academy