World Diabetes Advocate Charles Mattocks is best known as TV’s “The Poor Chef” is regularly seen on such major shows as Dr. Oz, The Today Show, CNN and scores of media not just in the USA, but across the world. He is also an Emmy-nominated actor for his lead role as Ben Tyler alongside James Wood in the 1996 classic, The Summer Of Ben Tyler.

Charles is also a published author for the American Diabetes Association with his latest cookbook, The Budget-Friendly Fresh & Local Diabetes Cookbook, currently in circulation. His passion for raising awareness and education for diabetes also led to him being honored as a Blue Circle Champion with the International Diabetes Federation.

Being the nephew of the late reggae legend Bob Marley, Charles has been a tireless advocate for the people. Charles has been a major force in diabetes since he was diagnosed eight years ago. He has created many engagements in diabetes ranging from the first ever nationwide diabetes RV tour to being a key note speaker for companies such as AstraZeneca and Blue Cross while also creating compelling documentaries on diabetes filmed around the world. Indeed, Charles has worked with many countries on various diabetes programs, ranging from the Caribbean to India.

Charles is also a multiple award-winning film director and producer. He is also the creator, Executive Producer and Host of the first ever diabetes reality documentary TV Series, ReverseD, which is currently being aired nationwide on the Discovery Life Channel. Respected by many in the industry, ReverseD is currently shaking up the diabetes world with its message of love, hope, inspiration, education, restoration and positive vibes.

Following this success and being a relentless advocate, Charles also plans on releasing a documentary which chronicles his life with diabetes titled The Diabetic You. 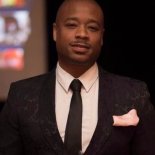 A type-2 diabetes diagnosis can be a shock, especially if you feel like you’re living a healthy lifestyle.

There are 35 million Americans with diabetes. About two million cases are diagnosed every year.

Charles Mattocks has learned about the business of diabetic treatment. It seems like the prescription-driven methods of busy physicians reduces patient options to address diabetes.

His new documentary, The Diabetic You, addresses issues in medical treatment of diabetes. His goal is to enlighten patients on how to be proactive with the diagnosis.

Listen as Charles joins hosts Andrea Donsky and Lisa Davis to share his personal journey with diabetes and his vision for educating those with diabetes through his programs.
Tagged under