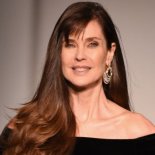 More from this show . . .
Prev
Next
Importance of Prebiotics for Optimal HealthHolistic Wealth with Keisha Blair