Labeling, Safety & the Future of GMOs

Download
Guest Info & Links: Megan Westgate, Executive Director of the Non-GMO Project
From the Show: CLEAN Food Network
Summary: Why does so much money and effort go into the denial of GMO labeling?
Duration: 10 Minutes

Megan Westgate is the Executive Director of the Non-GMO Project, North America’s most trusted and sought after third-party verification and labeling program for GMO avoidance. Megan helped develop the Project in 2005, bringing her passion and leadership to create true and lasting change to all levels of the grocery sector, from seed to shelf. Driven by consumer demand and retailer support, the Non-GMO Project Verified seal is seen on nearly 35,000 products representing more than $16 Billion in annual sales. The Non-GMO Project is a nonprofit organization committed to preserving and building sources of non-GMO products, educating consumers, and providing Verified non-GMO choices. The verification mark has become one of the fastest growing, trusted and meaningful labels in the food industry. 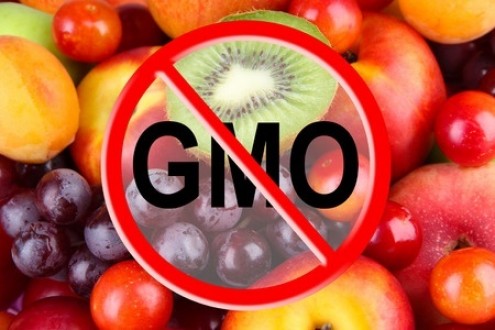 A genetically modified organism (GMO) is a plant or animal whose DNA has been rearranged or altered in some way that is in opposition to its natural, organic state.

According to Megan Westgate, Executive Director of the Non-GMO Project, there are not sufficient reviews or studies to support the safety of GMOs. The FDA actually doesn't do any independent research before approving a GMO food, and there is no post-market monitoring. This makes it extremely difficult to know the impact of these foods.

There is, however, peer-reviewed research showing toxic and allergenic effects on animals who are fed GMOs. This may carry over to humans, but there is currently no long-term human trials which can definitively prove the potential danger to the human population.

The bottom line is that there is a lot unknown.

One thing cannot be denied... in 64 countries around the world, GMOs are labeled. Many countries go as far as to ban GMOs. Almost half the world's GMOs are grown in the U.S.

While the pro-marketing materials tend to spin GMO technology as a way to solve world hunger or provide other environmental benefits, more than 80 percent of GMOs grown worldwide are designed to do one thing: survive chemical pesticides/herbicides. These herbicides contain glyphosate, which is a carcinogen.

If the continuation of GMO technology is inevitable, the goal then becomes to require labeling.

Westgate says the challenge is that bio-tech companies really don't want you to know. An incredible amount of money has been invested to block mandatory labeling at the state level.

Some states have worked to require labeling via legislative measures. Vermont's congressional initiative is scheduled to go into effect this July.

However, now the bio-tech companies are working to take away state's rights to do this.

Listen in as Westgate joins host Lisa Davis to explain more about GMOs, what the Non-GMO Project does, and how you can be savvy about choosing non-GMO products.
Tagged under
More from this show . . .
Prev
Next
Chef's Perspective: Healthy Fats Make Savory Dishes4 Steps to Simplify Your Nutrition