Tanya Linton grew up with lifestyle content in her blood. Her mother, Marilyn Linton, was the lifestyle editor for the Toronto Sun and passed on a passion for cooking, decorating and entertaining. It was that blend of passions that enabled Tanya to pursue a career in television specializing in all things lifestyle.

As a producer, Tanya created and produced, Sugar, one of Food Network Canada’s first television shows. From there, she went on to produce many food and renovation series before landing a corporate job as the Director of Lifestyle Content for Food Network and HGTV Canada at Shaw Media.

While at Shaw, Tanya was in charge of some of the biggest lifestyle television brands: Holmes on Homes, House of Bryan, Income Property and The Real Housewives of Vancouver, to name a few. She created and developed numerous shows including Canada’s Handyman Challenge, a format that was sold internationally.

In February 2015, after 17 years of working in the corporate world, Tanya left to join forces with her husband at Architect Films, a television production company specializing in lifestyle and factual programming. At Architect, she is a partner and executive producer in charge of their latest series, Home to Win for HGTV Canada, airing in Spring 2016.

In addition to working in television, Tanya is an accomplished writer and has appeared in many publications including House and Home, The National Post, Style at Home, Canadian Living and Fashion.

She’s is the co-author of The Ice Cream Bible (Robert Rose 2008) with her mother. When she’s not busy at work, Tanya spends her time at home with her husband and three little boys. 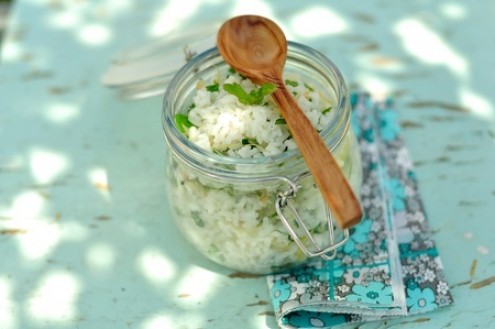 Most people think of mason jars for preserving foods, but they are also ideal for making and taking portable meals.

Tagged under
More from this show . . .
Prev
Next
Boost Your Nutrition with Smoothie BowlsTop Trends from the Truth About Fat Loss Summit