Her writing and recipes have been anthologized in a number of publications, including Best Food Writing, Saveur Cooks, and The Food & Wine Cookbook, among others. Eugenia has lectured widely, in venues like the Denver Botanical Garden, Georgia Center for the Book, the Rubin Museum, and the American Museum of Natural History, and many mycological and gardening societies, and has been the featured speaker at a number of mushroom festivals. She has judged food and wine competitions, and appeared on television, radio, and pod casts many times. She is the founder of Slow Food Western Slope in Colorado and is the former president of the New York Mycological Society, which was founded over 50 years ago by composer John Cage.

She writes the blog, kitchenecosystem.com. 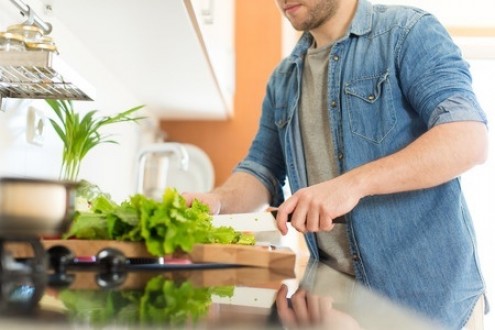 Seasoned cooks know that the secret to great meals is this: the more you cook, the less you actually have to do to produce a delicious meal.

The trick is to approach cooking as a continuum, where each meal draws on elements from a previous one and provides the building blocks for another.

That synchronicity is a kitchen ecosystem.

For the farmers market regular as well as a bulk shopper, for everyday home cooks and aspirational ones, a kitchen ecosystem starts with cooking the freshest in-season ingredients available, preserving some to use in future recipes, and harnessing leftover components for other dishes.

Author of The Kitchen Ecosystem, Eugenia Bone, joins host Lisa Davis to share more about her philosophy on cooking.
Tagged under
More from this show . . .
Prev
Next
Healthier Snacking with Pulse FoodsAre You Getting Enough Vitamin D?