Foods that Ruin Your Sex Drive

Psalm Isadora is a highly sought after sexuality and trauma expert who specializes in women’s health and empowerment, as well as modern sexual education for adults. She is the leading Tantra expert in the world and reached over 66 million homes as the star of Playboy TV’s reality show Cougar Club. She is a featured expert in Buzzfeed’s newest web-series Modern Sex (airing summer 2016), and Founder of global sex coaching program Urban Kama Sutra. Isadora blends beauty with brains as she inspires the next generation of sexually empowered women.

Isadora created OYoga, a combination of yoga, belly dance and burlesque to help women unlock their own inner sex goddess. Her groundbreaking work has been featured on the cover of OM Yoga Magazine, Mashable, KABC's Midday Live with Dr. Drew, PodcastOne's Brandi Glanville Unfiltered, YourTango, AskMen, Bustle, and many more.

Psalm has de-mystified the ancient secrets of Tantra to make them accessible to the modern masses in what she calls “the yoga of sex.” Her sexy, soulful and spiritual approach to breaking sexual taboo makes her equally popular with male and female audiences. She specializes in helping women have better sex and men reach peak performance. Her no-nonsense approach cuts through the noise and helps couples save their relationships.

Raised in a religious cult as a child, Isadora endured years of sexual trauma that eventually ignited her passion to teach sexual empowerment and modern sexual education. In 2007, Isadora traveled to India to immerse herself in the ancient teachings of Tantra to facilitate deep healing and discover her own path as a healer. For eight years, Isadora has traveled to India to delve deeper into the path of Tantra and teach yoga to sex-trafficked women in the red light district of Calcutta. Her volunteer work with the young prostitutes of Calcutta would eventually become part of a documentary titled Shakti.

From public speaking to TV appearances, Psalm Isadora is sure to infuse her message with intelligence, wit and humor to keep audiences engaged, inspired and begging for more. 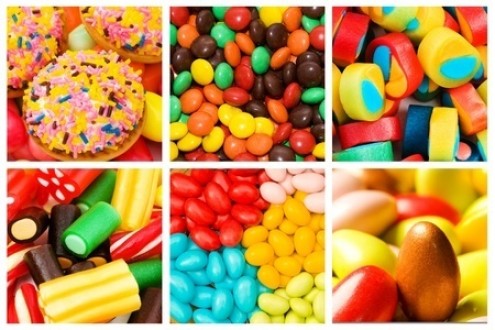 Having a healthy sex drive is related to how healthy you are overall.

There are actually certain foods that can impact your sex drive and even change the hormonal functions in both men's and women's bodies.

Psalm Isadora, a sex and Tantra expert, joins host Lisa Davis to share some of the foods that put a damper on libido.

Tagged under
More from this show . . .
Prev
Next
Dropping Acid: Th­e Reflux Diet Cookbook & CureNutrient Immunity Boosters to Take on Your Daily Travels