Larry Olmsted is an award-winning journalist and author who has written several thousand articles for major newspapers and magazines worldwide over the past 20-plus years. A George F. Baker Scholar at Georgetown University, he did his graduate work at Dartmouth College, where he will be teaching a nonfiction writing class this fall.

He has been a print columnist for two of America’s three national newspapers, Investor’s Business Daily and USA Today, and has written for many other prominent papers including the Financial Times, New York Daily News, Boston Globe, Denver Post, South China Post, and others. His magazine work has included Playboy, Popular Science, Outside, Men’s Health, Inc., Worth, American Airlines’ American Way, Robb Report, Golf Magazine, US Airways Magazine, and dozens of others.

He has written for numerous specialized culinary publications, including Relish and the magazine of the James Beard House. Most memorably, he once had dinner with the late, great Julia Child; skied with Chef Wolfgang Puck; and was a guest judge on Gordon Ramsay’s TV series Master Chef. He has attended cooking classes in Italy, England, Mexico and the United States, and is certified as competition barbecue judge by the Kansas City Barbecue Society.

He currently writes one of the most popular columns for Forbes online, is USAToday.com’s weekly "Great American Bites" restaurant columnist, is the Contributing Travel Editor for Cigar Aficionado magazine, and has held numerous other editorial or columnist positions for a variety of publications.

He was named one of the “10 Most Extreme U.S. Journalists,” by the Society of Professional Journalists and Travel Writer of the Year, 2010-2011, by the State of Mississippi. His Forbes.com column was named one of the World’s Top 100 Travel Sites. He has been a panelist or guest speaker at several conferences and appeared as an expert on radio and television dozens of times.

He has contributed chapters to several guidebooks within the Unofficial Guides and Michelin series. His last hardcover release was Getting Into Guinness (Harper Collins, 2008), a mixture of history and participatory journalism capturing the colorful story of the bestselling copyrighted book in human history, Guinness World Records. He has personally set or broken three world records in the process.

Olmsted has spent the past four years researching the topics of Real and Fake Food, a journey that took him to Japan, Alaska, Chile, Argentina, Scotland, Ireland, Italy, France, Spain, Portugal, South Africa, and all across the United States and Canada. 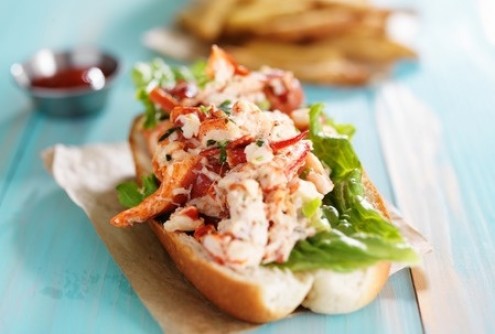 You’ve seen the headlines: parmesan cheese made from wood pulp; lobster rolls containing no lobster at all; extra-virgin olive oil that isn’t.

So many fake foods are in our supermarkets, our restaurants, and our kitchen cabinets that it’s hard to know what you’re eating anymore.

Olmsted digs into the unregulated food industry, revealing the shocking deception that extends from high-end foods like olive oil, wine, and Kobe beef to everyday staples such as coffee, honey, juice, and cheese. It’s a massive bait-and-switch in which counterfeiting is rampant and in which the consumer ultimately pays the price.

Listen in as Olmsted joins host Lisa Davis to share more about his book, and why the disparity between real food and fake food is becoming such a problem.
Tagged under
More from this show . . .
Prev
Next
Nutrient Immunity Boosters to Take on Your Daily TravelsHealing Benefits of the GAPS Diet