Wheat is NOT the Enemy

Download
Guest Info & Links: John Douillard, DC
From the Show: Code Delicious with Dr. Mike
Summary: Wheat has been part of the human diet for millions of years. Why are people now having problems with it?
Duration: 23:18
Host: Dr. Mike Fenster

Dr. John Douillard, DC, CAP, is a globally recognized leader in the fields of natural health, Ayurveda, and sports medicine. He is the creator of LifeSpa.com, the leading Ayurvedic health and wellness resource on the web with over 4.5 million views on YouTube.

LifeSpa.com is evolving the way Ayurveda is understood around the world, with over 700 articles and videos proving ancient wisdom with modern science. Dr. John is the former Director of Player Development for the New Jersey Nets NBA team, author of seven health books including his newest, Eat Wheat, a repeat guest on The Dr. Oz Show, and featured in Woman’s World Magazine, Huffington Post, Yoga Journal and dozens of other publications.

He has been helping patients repair their digestive system and eat wheat and dairy again for 30 years, has seen over 100,000 patients, and directs LifeSpa, the 2013 Holistic Wellness Center of the year in Boulder, CO. 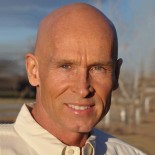 Gluten was found in the teeth of human skeletons from 3 million years ago. A handful of wheat berries could fill up a person for a day. Humans only started eating meat 500,000 years ago.

So, why are so many people having trouble eating wheat now?

If you can’t digest wheat today but you didn’t have problems with it in the past, your body is actually having a hard time detoxifying itself. All of our food sources are polluted.

Is wheat really the problem?

Other grains like khorasan wheat have greater gluten content than modern wheat. But, studies have shown that this wheat variety results in a greater reduction in inflammation, as well as other positive health benefits.

The average Roman soldier received rations of several pounds of bread per day. The average person in 1900 consumed 86 more pounds of wheat per year than in 2008. The gluten levels in bread have been relatively stable during this time.

Yet, consuming wheat makes some folks feel yucky. Doctors suggest they stop eating wheat. These patients feel good for a spell but return feeling bad again. More foods might be eliminated from one's diet. The digestive system feels better for a bit but the issue returns. This approach only addresses the symptoms, not the cause.

The fiber found in whole grains helps the health of your gut microbiome. The trick is to navigate around the processed foods of the modern diet, which have weakened our digestive system. Eliminate processed foods from your diet. Unprocessed wheat and dairy in your body can congest the lymph nodes in your brain. You get a brain fog, feel tired and have difficulty moving energy through your body.

Listen in as Dr. John Douillard shares how wheat itself is not the culprit in many cases.