EP 108 - The Toxin that Came to Dinner: Saving Our Planet & Our Generations with Dave Sandoval

Download
Guest Info & Links: Dave Sandoval, Co-Founder of Purium
From the Show: Dr. Taz Show
Summary: Many scientists and respected researchers believe the proliferation of glyphosate may be disrupting our ability to thrive and even to survive as a species.
Duration: 24:52
Host: Dr. Taz

Guest Bio: Dave Sandoval, Co-Founder of Purium
Purium’s Co-founder and Visionary, Dave Sandoval, has made it his life's mission to change the world for the better. From nutrition and the environment to domestic violence and poverty, Dave has advocated on behalf of many causes. He’s invited people into his home to personally help them get healthy, lose weight or achieve their goals. And, through his mentorship program, he has inspired all kinds of people, including celebrities, to get out into the world and make a difference.

Dave founded Purium in post-riot Long Beach with Gandhi’s philosophy, “Be the change you wish to see in the world.” 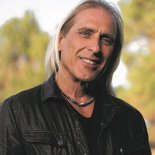 The World Health Organization (WHO) has declared that an agricultural chemical called glyphosate is a human health hazard.

And, as of July 2017, against the chemical's creator Monsanto’s unsuccessful challenge in court, the state of California EPA has declared that glyphosate is a carcinogen and causes cancer.

Many scientists and respected researchers believe the proliferation of glyphosate may be disrupting our ability to thrive and even to survive as a species. The complications caused by widespread glyphosate toxicity could be in part responsible for a massive increase of physical, mental and immune challenges that are now pervasive among the general population.

The common thread? The food we eat and the environment in which we live. Both of these are now sources of potentially lethal glyphosate contamination.

David Sandoval, author of The Toxin that Came to Dinner, joins Dr. Taz to explore solutions to this dangerous chemical.
Tagged under