Download
Guest Info & Links: Stephen Anderson, MD
From the Show: The Dr. Leigh Vinocur Show
Summary: Did you know that one teaspoon of powdered caffeine is equivalent to 30 cups of coffee?
Duration: 10 Minutes

He is the Chairman of the Stroke Committee at MultiCare Auburn Medical Center. Dr. Anderson was the Washington State chapter president of ACEP.

He has appeared in many news outlets, including with Fox News, Wall Street Journal and in a one-hour CNN documentary called Deadly Dose, which focused on the nation's prescription drug abuse epidemic.

He was also named ACEP's Spokesperson of the Year in 2013 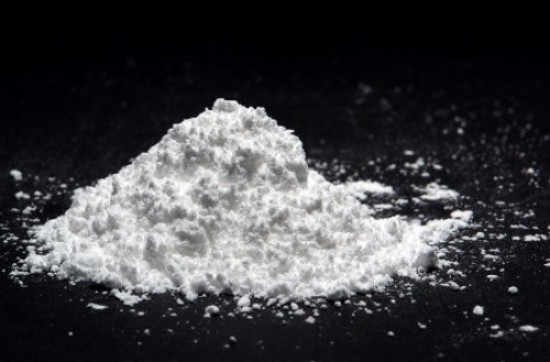 Caffeine is one of the most widely-used substances around the world. In fact, caffeine is a billion dollar industry and Americans drink an estimated 300 million cups of coffee every day.

Caffeine is a stimulant that can be found in coffee, tea, sports drinks, soda, chocolate, medicine, and more recently, workout powders.

The popularity of caffeine powder has grown over the past few years; appealing primarily to young adults and teenagers. Caffeine powder is labeled "harmless" and is readily available for anyone to buy online or in stores. Unfortunately, caffeine powder is unregulated even though it is nearly 100 percent pure caffeine.

That, however, will probably change.

You might remember the tragic death of an 18-year-old Ohio boy, Logan Stiner, who overdosed on caffeine powder and is now sparking a debate on how accessible and dangerous caffeine can be.

Experts usually recommend that you consume no more than 600 milligrams of caffeine per day, which accumulates to two to four cups of coffee. Since powder caffeine is so potent, you could be consuming far more than that without even realizing it.

The U.S. Food and Drug Administration suggests that buying powdered caffeine in bulk can lead to overuse and the dangerous possibility of an overdose.

What are some of the side effects you might experience if you have too much caffeine in your body?

Depending on how much caffeine you have ingested, you can experience a queasy stomach, the "jitters" or shakiness, nausea and vomiting, seizures, and the risk of a heat attack.

What are some other health hazards caffeine can have on your health?

Chairman of the Stroke Committee at MultiCare Auburn Medical Center, Dr. Stephen Anderson, discusses the growing popularity of powdered caffeine, the side effects of too much caffeine and why too much caffeine can be dangerous to your health.
Tagged under
More from this show . . .
Prev
Next
Malnourished in the ER: Why Are Seniors Not Eating? News of the Week: Suicide & Depression