Dr. Kimber Stanhope is an esteemed researcher at the University of California, Davis. She currently works for the Department of Molecular Biosciences in the School of Veterinary Medicine conducting research on the effects of sugar consumption.

Dr. Stanhope earned her BS, MS and PhD in Nutrition, all from UC Davis. She is also a Registered Dietitian. Dr. Stanhope has worked in all aspects of nutrition: dietetic counseling, public health, and research (current). 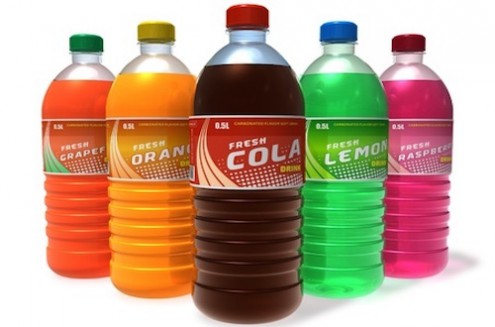 High-fructose corn syrup (HFCS) is a common sweetener in sodas and fruit-flavored drinks.

It's often debated whether or not HFCS is better or worse for you than refined sugar.

One of the reasons it's so widely used is that HFCS is cheaper than sugar. In fact, 90 percent of sweetened cola drinks list HFCS as the most common ingredient after carbonated water. It is also found in processed foods such as breads, yogurts, salad dressing, cereals, crackers, children's vitamins, and desserts.

What are the potential dangers of HFCS?

A recent study published in the American Journal of Clinical Nutrition showed an increased risk of cardiovascular disease death with an increased intake of added sugar.

What were the findings?

One of the authors of this study, Kimber L. Stanhope, BS, MS, PhD, joins Dr. Leigh to discuss this study and how HFCS can damage your health.
Transcription:

DR. LEIGH: Hi, welcome to the show. It's Health from the Outside In, where feeling good starts with looking good. So, we have a very exciting show. I want to welcome my first guest, Dr. Kimber Stanhope from University of California Davis. She is a registered dietician, but she's also in the Department of Molecular Biosciences and she's going to talk about a very interesting study related to high fructose corn syrup and heart disease, because it seems like that's the new buzz word. Isn't it, Dr. Stanhope? High fructose corn syrup.

DR. LEIGH: That is a good point, excuse me, because so many people are saying, "Isn't sugar sugar?" I mean, really, there's sugar in milk that's lactose; there's sugar in everything. So, I guess that's the question: is there really a difference in the sugars?

DR. STANHOPE: Now, sugar in milk is a completely different story because the sugar in milk does not contain fructose. But sucrose and high fructose corn syrup both contain the monosaccharide fructose and that is where all the problems start when we consume high sugar diets. So, when I say "sugar," I mean our commonly used added sugars, which are high fructose corn syrup, M sucrose, and both of them contain fructose, and that's the important difference. Milk sugar: a completely different story; it doesn't contain fructose.

DR. LEIGH: So, now tell a little bit about the study and what you did, because you initially did a small study just with high fructose corn syrup and now this study is a little bit broader and it looks at some of the other different added sugars.

DR. STANHOPE: Right. Basically, our plans were to do a very big study where we were going to study almost 200 subjects and look at a lot of the different sugars. In 2011, we already published the results of when we gave subjects 25 percent of their energy requirement in drinks that contained high fructose corn syrup, and we published that whoops, when subjects consumed this drink for two weeks, their risk factors for cardiovascular disease, triglycerides, and cholesterols all went up. However, they didn't go up in the group that was consuming glucose sweetened beverages, same number of calories, and, of course, they did go up in the group that was consuming fructose sweetened beverages. Now, we did that study first because we needed to make sure – we needed to know whether high fructose corn syrup even caused problems in young healthy subjects in as little as two weeks. And they did.

DR. LEIGH: That's what was so fascinating to me when I saw the first study was we are talking about, these were young college kids right?

DR. STANHOPE: Most of them were definitely from UC Davis.

DR. LEIGH: Right. So, these are not people with diabetes, not people that are already ill. And yet, you could see that their cardiac markers that we talk about – like know your numbers, what's your cholesterol, what's your triglyceride – went up. That's what so interesting and a little bit frightening about this.

DR. STANHOPE: The other thing that's very important to point out, that we even see the effects when subjects don't even gain weight.

DR. STANHOPE: And that's important. Now, some of the subjects did gain weight and guess what? Not surprisingly, the effects were even higher. Cholesterol went up even more but weight gain does not explain these effects. Sugar has an independent effect that doesn't require weight gain for these effects to occur.

Now, when we saw whoops 25 percent of energy requirements in high fructose corn syrup drinks caused this problem, then we started what we called the dose response study, where we gave subjects beverages that contained 0 or 10 percent or 17 ½ and then more subjects that got the 25 percent of the energy requirement as high fructose corn syrup. And that's the new study that was just published last month.

This study shows a very strong dose response effect, meaning the more high fructose corn syrup in the drink, the more the LDL cholesterol, the more the triglyceride went up. But also what totally surprised us is that we saw increases even in the group that only got 10 percent of their energy requirement in those drinks. That's equivalent to somebody adding a half a can of soda to their daily meal plan at breakfast, lunch, and dinner. So, did you really think that a half a can of soda was enough to increase risk factors in a young healthy person in only two weeks?

DR. STANHOPE: We didn't think so but that's what our data shows.

DR. LEIGH: So, as little as one can and a half for the whole day of regular soda, sugared soda, can increase these risk factors. Now, did you notice, even maybe after the first study or this study – because it's important to also point out to people: these are blood values; they're markers that make a difference but even in heart disease, if your other risk factors are low, you can have a little bit of a higher LDL. It needs to be maybe under 90 if you have higher risk factors, but it can be over that. So, with that caveat, it doesn't necessarily mean all these people are going have heart attacks, but it's certainly something to think about.

DR. STANHOPE: It's absolutely important to think about, especially when you put it together with the study that was published just a year ago. This is one of those big population studies with thousands and thousands of people in it, and what they did was look at added sugar consumption – and that was added sugar consumption in both solid and liquid form – and they divided the subjects into five groups from lowest, and the group was only consuming 9 or less of their daily calories in terms of percent as added sugar. The group that was in the highest level was consuming over 20 percent of their calories as added sugar. And they, too, saw with increasing amounts of added sugar as part of the daily diet, there was an increased risk of cardiovascular disease deaths. I'm not just talking having it; I'm talking death by cardiovascular disease.

DR. STANHOPE: Right, and right now I'm doing a pilot study to compare the effects of fruit juice to added sugar in terms of beverage consumption at the high dose. We've got to get that question answered.

DR. LEIGH: This was very important. Thank you so much. It gives us a lot to really think about because sugar is the new culprit. We used to think it was all fat, but now we're finding it was sugar. Maybe Atkins wasn't so far off. This is the Dr. Leigh Vinocur Show. It's Health from the Outside In on RadioMD, where feeling good starts with looking good.
Tagged under
More from this show . . .
Prev
Next
Toy Safety: Danger Lurking Beneath the FUN5 Foods that Enhance Your Natural Sun Protection
FREE RadioMD Newsletter: