Download
Guest Info & Links: Carol J. Boyd, PhD, MSN, FAAN
From the Show: The Dr. Leigh Vinocur Show
Summary: Does always having access to a drug, even though it's for medicinal purposes, increase the risk of addiction?
Duration: 10
Host: Leigh Vinocur, MD

Carol J. Boyd, PhD, MSN, RN, FAAN is the Deborah J. Oakley professor of Nursing and a Research Professor at the Addiction Research Center in the Department of Psychiatry at the University of Michigan. Boyd is an internationally recognized substance abuse scholar whose career started when she studied female heroin and "T and Blue" users in Detroit.

Her mid-career research centered on African American women's abuse of crack cocaine, but her more recent NIH funded studies focus on adolescent and young adult populations and their abuse of alcohol and controlled medications.

Boyd currently studies the use, misuse and abuse of controlled medications (e.g., opioid analgesics) among youth and emerging adults. Her research draws attention to the variety of behaviors associated this form of substance abuse; indeed, she was one of the first to articulate the importance of "motivations" in determining adolescent risk for prescription drug abuse.

Boyd publishes extensively in interdisciplinary journals; her most recent work centers on this nonmedical use of benzodiazepines and sedatives among adolescents (Psychology of Addictive Behaviors, November 2014). Other recent studies have been published in the Journal of Adolescent Health, Substance Abuse, Archives of Adolescent and Pediatric Medicine and Pain, to name a few. 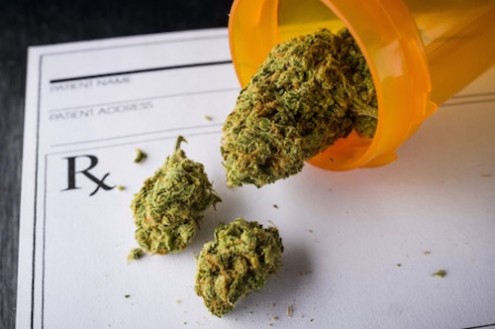 Researchers found that the teens who used medical marijuana were more likely to have problems with addiction.

What does this tell us about medical marijuana and teens' access to it?

Listen in as one of the authors of the study, Dr. Carol Boyd, explains how medical marijuana could increase the risk of addiction in teenagers.
Tagged under
More from this show . . .
Prev
Next
How Lyme Disease Can Disrupt Your LifeLessons Learned from Angelina Jolie: You DON’T Need to Remove Your Organs